Should we add in some stuff from the new update like the perpose of tokens when upgrading your ring of kinship?

Anyone know how much avereage a person is able to get if they have 120 dungeoneering? I would love to know and also would think this would make a great addition to this article's trivia section.

Is there a limit on the number of dungeoneering tokens one may hold at any point in time?

I'm sitting on about 1 million tokens currently, I'd love to know if others have (much higher) totals :)

-1), as that is the maximum limit for all items. 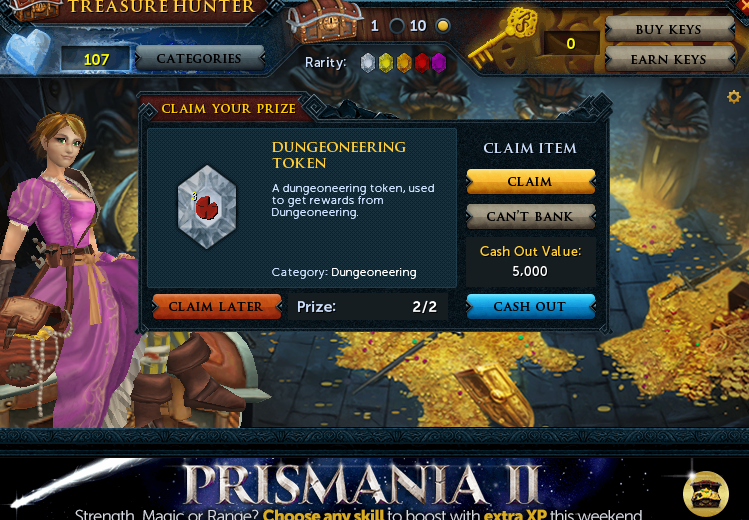 Considering how many pages link back to here, I feel like this page could be improved a lot. I've done some cleaning up on the page but other things that could be added:

This would allow for cleaning up the intro a little more by shifting some paragraphs out.