There is no real proof that the Dark Lord is Zamorak. There are references to "Zamorak's world" and "Zamorak's fury", but not to Zamorak himself.

RS:NOT#CRYSTAL - the wiki is not for speculation, but only for canonical information stated by Jagex.

RS:GRANULARITY - "Pretty much anything notable, excluding players, may have its own article."

The MAHJARRAT storyline will be finished in the next sequel. Zamorak is a part of the Mahjarrat storyline. http://www.gamerzines.com/mmo/news/jagex-interview-pt-2.html
Didn't the Mahjarrat have a god of their own back in Freneskae? It seems that if this is truly
"Zamorak's world", then we all have something to fear. He did spawn stories of the Muspah after
all.......

There is another god that could be comming from 'Zamorak's World'. If the world indeed is Freneskae, then it is also possible that it is the unnamed Elder God known as Freneskae Creator-God. On the Freneskae page it is also said that according to Mod Osborne this is an evil god, matching the profile. Rsshadow (talk) 09:44, November 11, 2013 (UTC)

There is also a growing belief among players that the Dark Lord is actually the Empty Lord Zaros. This is plausible, since there were certain confrontations between Zarosian and Serenist forces during the Second Age, and it is not impossible that Zaros would have gained some Elven followers during this time, and they would now be attempting to bring him back. It has also been said that Zaros is roaming Freneskae as of now, which corroborates with the information that the Dark Lord is from "Zamorak's world". Zaros also arguably fits the "Dark" noun better than Zamorak.  —The preceding unsigned comment was added by Markthorn (talk) on 23:38, November 4, 2013‎.

I was thinking, according to Mod Osborne, the Dark lord is a "god", so I was thinking we should catelog him as a God, no?

Unreliable source, so no. Chris L has some ideas about his identity though. User_talk:Fswe1 Fswe1

lol, since when is Mod Osborne deemed an unreliable source, except by you (on January 18, 2014)??
However, the dark lord is a nickname, like "the Scourge" or " the Empty one" etc.. The character already exists (whether it's Zaros, Zamorak, or another yet again). I don't think he will have to be named again, besides at the AKA part in the deity infobox. . . . Yours,

He did not respond in an official instances uch as a postbag ot a Q&A. Hence it is a "jmod statement", which are the least reliable sources. User_talk:Fswe1 Fswe1

Zamorak's world is freneskae, Zaros was there, Zaros is one of their bigger more notable gods. Zamorak would likely punish them for summoning him. Zane T 69 (talk) 16:30, March 27, 2014 (UTC)

Zamorak's world isn't Freneskae. Mod Rowley revealed that it's ambiguous whether it is Infernus or not, but, according to the World Gate, they're probably intended to be separate. User_talk:Fswe1 Fswe1

I wanted to update the picture with higher quality, but i'm getting some kind of error. Can anyone do it for me? Here is the picture: 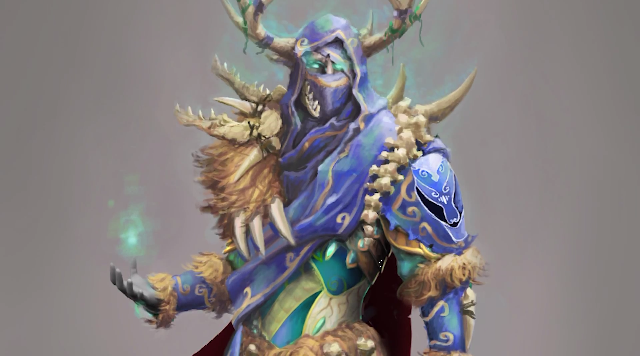 Where did you get this from btw? If this is the Dark lord it looks like he's a corrupted Amlodd mage that had a bear summoning accident? . . . Yours,

That image is from this video, but no mention on who the person is at all. It does not seem to be the Dark Lord as he bears the symbol of the Amlodd elf clan.

Ah, yeah, I remember that. But... why couldn't it be the Dark Lord then? I don't remember it being said that the Dark Lord was not Amlodd[ian]. We do know it'll be a bit plot twist, we were also told that the assumption that the Iowerth being evil is a bad one. I can see how those two things could potentially make a very interesting combination. . . . Yours,

This isn't the place for speculation though, especially when it comes to something like this when we have little to no information at all regarding what the Dark Lord looks like.

Then why did you speculate in saying that it couldn't? . . . Yours,