If this page doesn't get merged back into the clue scroll page, I'm going to post the same thing here I did on the clue scroll page. It says "Some high-level revenants" under the drop list. That isn't specific enough. Someone remove that and add the names of the revenants if any that are confirmed to drop them. Seriously, who added the "some high level revenants"?98.239.166.19 20:54, August 22, 2010 (UTC)

I agree, but still, i think at least elite clues should have a seperate page, because they pose completely different challenges AND the guthix mage. I suppose no-one listed which revenants because revenants aren't the easiest monsters to kill and because it is quite a challenge to find 1 specific kind of revenant. Also, at least now we know revenants can drop elite's. Abyssalnorth 20:20, August 23, 2010 (UTC)

Can we make a table for the dragon equipment thats confirmed to be rewarded from doing these? I can confirm Dragon Longsword.

From my tests, when you dig up a clue box, you will have one of the following:

-you will get a puzzle scroll box OR puzzle chest.

-you will get a knot scroll box OR knot chest.

You will never get a wizard, then have to do a knot or puzzle after killing the wizard.

Subclue#1 You dig somewhere. You get no wizard. You get knot.

Subclue#2 You solve it, go somewhere else. You get wizard. You get no puzzle/knot.

Subclue#3 You can however dig once more, get no wizard and you WILL get knot/puzzle.

I updated the info in the article.. Maybe it doesnt explain as much there.. But thats how it works.

Done 15+ elites so 75+ tests which never failed. I also tried to meerkat some.. You can dig with a spade, get wizard.. run away from it. Come back, use your meerkat fetch scroll - you get a plain scroll box/chest. 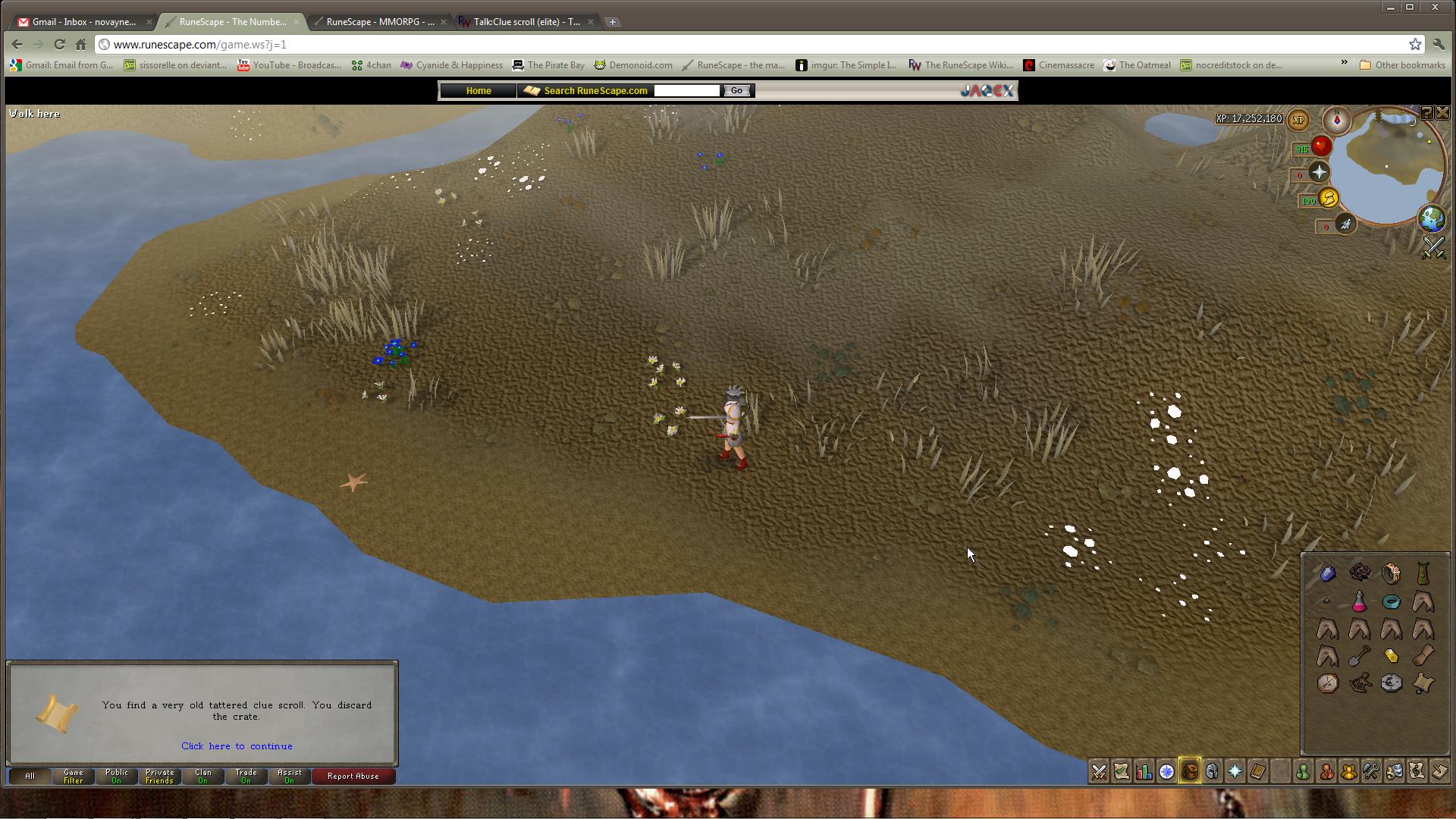 So on the mutated jadinko guard page, it says they drop elite clues. However, it is not on the drop list...should this be fixed? Which is correct?

I just dug up a scroll box from an elite compass clue (that I received from a dwarven instinct aura chest), that did not spawn a guthix wizard, nor did the scroll box have a puzzle. I did not use Meerkats nor do I have any of those skipping tickets... It was behind an oak just west of Lumbridge; I've fought wizards there before. IP83.101.44.209 (talk) 18:15, December 19, 2014 (UTC)

I don't think it's stated anywhere explicitly either way, but a treasure trail being "X clues long" I expect refers to the number of different actual clue scrolls one receives and needs to solve, before the casket is found. That is what the data also corresponds to. Whether you get a puzzle box, celtic knot or guthix wizard to beat along the way, does not count as a separate 'step/clue' in this meaning. It's just part of solving that specific clue scroll. (Much like some clues are solve an anagram, talk to the NPC, solve a puzzle box, talk to the NPC again, and only then is the clue scroll in your inventory swapped for another one.) 213.219.144.165 18:27, 24 January 2020 (UTC)

Ah, thanks for the info! Appreciate it!