Thok got a letter from pretty lass :) Star Talk

assuming they're the same for everyone, should they be included in the article?
npcs to choose from: sir amik varze/bob/brugsen/doric/ellamaria/ernie/hans/jacquelyn/mandrith/max/reldo/skippy/thok/vorago/wendy/wise old man
Star Talk

Yeah you can (i delivered to thok today and yday), i suppose bc theres more NPCS than delivery days Star Talk

The present prison mentioned for Nex, also appeared in Dominion tower on the Ice demon part of Khzarard/Lucien. Possibly in the actual ROTM quest as well? Silverling (talk) 16:23, December 15, 2014 (UTC)

Below are the remaining locations to help map makers find the precise locations.  I'm standing directly on top of the Snow Elemental in the pictures.

"I feel an elemental near Doric's house." (North of Doric's residence.) 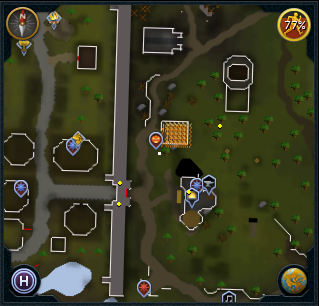 "I'm seeing an elemental at the Monastery entrance." (South-east of Edgeville Monastery.) 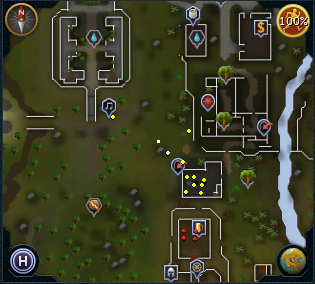 "This ones[sic] a bit of a guess, but I sense hops nearby." (West of Lumbridge potato field, north of the watermill by River Lum.) 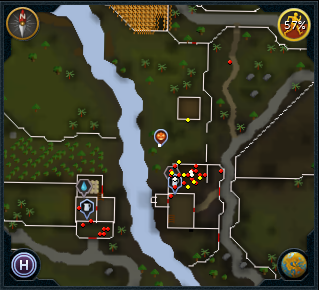 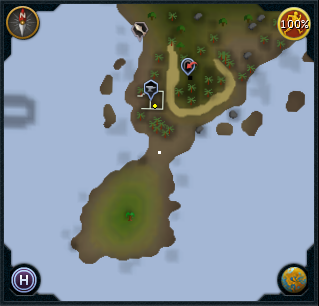 "It's cloudy, but I can see an elemental close to some spellwisps." (West of the Wizard's Tower.) - The current map's square on the article is a bit too north, this is its more accurate location: 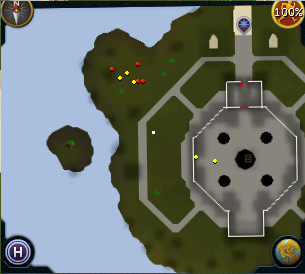 I am not sure, but I guess, I am not the only one here. Shortly after the jump between the rails, my browser is updating the in-game world, which causes the grinding interface (and the whole game for a short moment) to freeze, and in the process, I end up falling off the rails, and failing to complete the run.

Anyone got the suggestions how to fix it?