From the RuneScape Wiki, the wiki for all things RuneScape
Jump to navigation Jump to search
Taevas? (edit)? (edit) 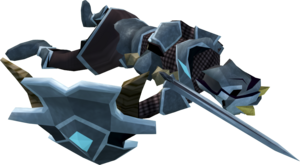 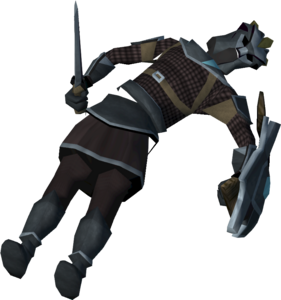 Taevas was the brother of The Forgotten Warrior, before being killed by Kay Thanxby and her party during the Vengeance saga. After his death, the warrior begins seeing what is supposedly his ghost, who asks her to avenge him, and tells her to keep a giant flatfish that could potentially save another forgotten warrior, named Orin. Should his sister ruthlessly kill Kay Thanxby through torture at the end of the saga, she and the ghost will fuse into pure vengeance.

Should she take a noble path, she realises that the figure is not Taevas, as Taevas would not want her to spend her last moments avenging him, but would rather that she take his engagement ring to his fiancée and tell her of his death. The figure remains however, asserting that it is indeed Taevas, although the warrior simply walks away.

When he was young, Taevas was a very weak child. His mother had to pay a lot to healers and people alike to keep him alive. After her death, he got a lot better, although he did not fully recover. It is for these reasons his sister later kills Lotheria Seldorina, Ican Haz, Lola Wut, and possibly Kay Thanxby.