From the RuneScape Wiki, the wiki for all things RuneScape
< Swan Song
Jump to: navigation, search

However doing so will require the summoning level to summon the familiar. (57 Summoning)

Battle at the colony[edit | edit source] 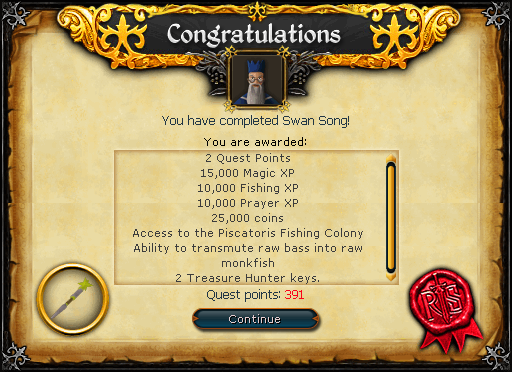 Swan Song is directly required for the following quests/miniquests: