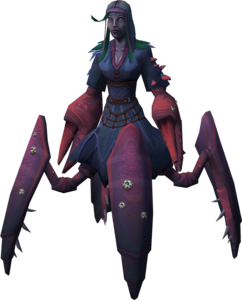 The Survival expert, also known as Brynna, is the second non-player character players meet on Tutorial Island. She teaches players about Woodcutting, Fishing, Firemaking, and Cooking.

When Tutorial Island sank, she disappeared. She returned during Beneath Cursed Tides when it was revealed that all inhabitants of the island were cursed and morphed into sea creatures. During the quest the player has to do her task and the tasks of other instructors to break their curse.