The superior locator is an item created via the Divination skill at level 81. It starts with 50 charges, and can be recharged by using brilliant energy (four energies per charge). If you already have a superior locator and attempt to create a second one you will be told "You've already got a locator in the bank; you can't own more than one locator at a time."

In addition to having the ability to teleport to all the previous locations of the Good locator, the Superior locator can also teleport to Adamantite ore, Runite ore, Magic tree, and Elder tree's locations.

The following divine locations can be used in the creation of superior locators:

Teleport locations are randomly selected from the following. More locations may exist. With a failed teleport it will read "The locator buzzes for a second, then emits a small puff of smoke. Oh dear." A failed teleport does not use a charge. You can be teleported to the same resource location that you are currently at. 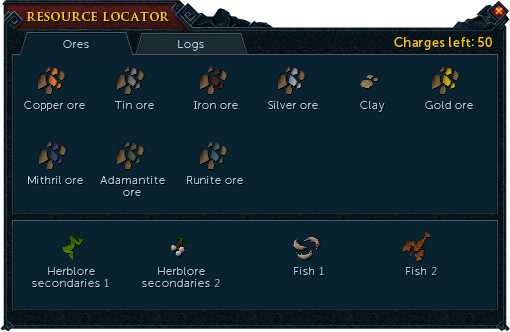 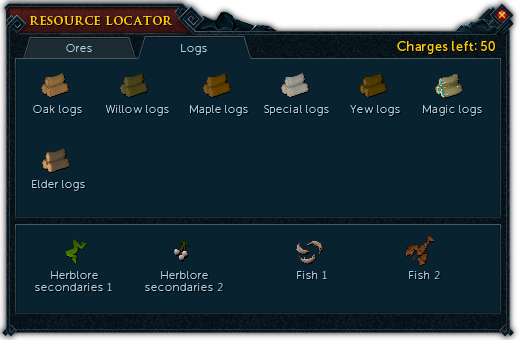