Strength is a melee combat skill which increases the amount of damage a player can inflict in melee combat by 2.5 points per level. Additionally, Strength may be required to wield certain weapons and armour, access some Agility shortcuts, and complete several quests.

Strength was among the first skills available, introduced with RuneScape's launch on 4 January 2001, along with Attack, Defence, Hitpoints (now Constitution), Ranged, Cooking, Woodcutting, Firemaking, Smithing, and Mining. As the game has progressed, the concept of the skill has remained largely untouched.

Since the skill's inception, increasingly higher tiers of equipment have been released. Bronze through adamant equipment were available since the introduction of the game itself, but rune equipment was not made available until 26 July 2001. Each successive tier of equipment offered increasing Strength bonuses, but none of them required a specific Strength level to equip. It was not until after the release of Regicide on 20 September 2004, the fourth part of the Plague City quest series, that the game saw a weapon which required a Strength level to wield. The quest introduced halberds, two handed weapons which were capable of engaging an opponent in melee combat around obstacles and from up to 2 tiles away. All halberds stronger than steel required a Strength level half of the Attack level required to wield the weapon.

Until 26 January 2005, halberds remained the only weapon type which required a Strength level to equip. However, the release of Slayer introduced gargoyles, which dropped granite mauls, two-handed weapons which required 50 Attack and 50 Strength to equip. On 9 May 2005, the Barrows minigame was added, introducing two new weapons which required a Strength level to equip. Dharok's greataxe and Torag's hammers were two of six legendary weapons originally belonging to the Barrows brothers which could be obtained as a reward from the minigame. Both of these weapons required 70 Attack and Strength to wield, further increasing the maximum Strength level required to equip a weapon. Additionally, Dharok's greataxe, boasting a +105 Strength bonus, was the first weapon to exceed a +100 Strength bonus. Later that year, the TzHaar City was released and along with it, the TzHaar-Ket-Om, colloquially known as the obsidian maul, was released. This was only the second maul to be released and, like the granite maul before it, required a Strength level to equip. Yet, unlike the granite maul, the obsidian maul did not have an Attack requirement, making it the first weapon to only require Strength to use.

No new weapons which required Strength to wield were introduced until 6 March 2007, when the barrelchest anchor was released as a reward for the quest The Great Brain Robbery. A powerful but slow weapon, the anchor required 40 Strength to equip, even though it offered a massive +100 Strength bonus. On 17 March 2009, another quest reward featured a weapon requiring a Strength level to use. The granite mace was the second granite weapon released, and required 50 Attack as well as Strength to wield.

A host of new weapons were released with the Dungeoneering skill on 12 April 2010. Of these new weapons, one entire weapon type featured Strength prominently in its use. Novite through primal mauls required only Strength to wield and offered extremely high Strength bonuses. With a +166 Strength bonus, the primal maul was the strongest weapon in RuneScape. However, its use is restricted to Daemonheim.

Before the Evolution of Combat, when fighting in the aggressive stance,

Strength experience was awarded per hit, where

is the amount of damage dealt. Fighting using the controlled stance, however, awards

Strength experience per hit, where

The difference between these two stances is that the aggressive stance solely provides experience for the Strength and Constitution skills. However, the controlled stance distributes experience equally among Strength, Attack, Defence, and Constitution. A player who hits a 10 would receive 1.33 experience in each one of these skills. Additionally, fighting using the aggressive stance provides a hidden boost of +3 to the Strength skill while using the controlled stance only provides a boost of +1.

However, with the release of the evolution of combat, the Strength skill was significantly changed along with all forms of combat. Combat experience is no longer gained from individual hits, but rather successful kills. Furthermore, the skill's effect on overall damage rating was tweaked.

Prior to the Evolution of Combat, the kicking combat style trained Strength.

If using legacy combat mode, the Combat XP selection may also be made in the Combat tab.

Experience is only gained when the player slays an enemy, after which both Strength and Constitution experience are awarded dependent on the opponent's stats. It is also possible to earn experience across all melee combat skills by selecting Attack, Strength, and Defence in the experience menu. If this is chosen, the amount of experience that would have been awarded to Strength alone is evenly split among the three skills.

Strength experience may be awarded after the completion of certain quests, miniquests, tasks, random events, Distractions and Diversions, and other minigames. Additionally, experience lamps, dragonkin lamps, and books of knowledge may be used to gain Strength experience.

Individual pieces of sacred clay equipment obtained through the Stealing Creation minigame also provide an experience bonus to Strength and other combat skills. These items double the amount of experience received through combat when equipped. Only one piece of sacred clay armour must be worn to receive this bonus. Similar to the brawling gloves, a piece will disappear after the experience threshold of 24,450 experience is reached. 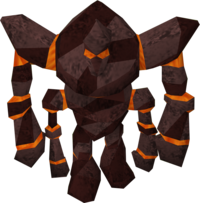 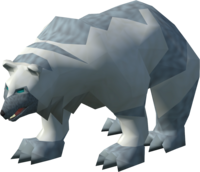 A secondary use of the Strength skill is determining which weapons a player may wield in combat. Generally, weapons which require a higher level to equip confer greater combat bonuses, providing some incentive for players to train the skill. All of the weapons in the following table are members only.

Conventional weapons used throughout Gielinor are not allowed in Daemonheim, so a separate set of metals is used during Dungeoneering. The metal types are classified by their "tiers", with tier 1 being the weakest and tier 11 being the strongest. Tiers 1 through 10 weapons may be player made or received as a drop from several monsters, but tier 11 items may only be received as a drop from boss monsters. Of the Dungeoneering weapon types, only mauls require a Strength level. Members-only weapons are indicated by 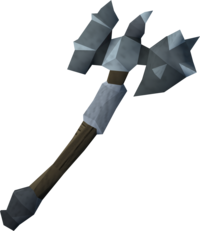 Strength levels are required for various other aspects of the game, including quests, tasks, Agility shortcuts involving grapples, barbarian fishing, minigames, and access to certain areas. Some of these requirements are listed below.

Various items, potions, prayers, and familiars provide temporary boosts. Below is a list of all possible boosts to Strength.

Visible boosts are indicated in the stats interface by showing a level increase from the base level.

Invisible boosts are not indicated in the stats interface, but they are applied in combat calculations nevertheless.

The Warriors' Guild is a guild for players who have attained mastery or near mastery of melee combat skills. Entrance to the guild requires either 99 Attack, 99 Strength, or a sum of 130 in Attack and Strength. The guild features several activities which involve combat and combat experience, including the shot put room. In this room, players may practice throwing differently weighted balls for Strength experience.

Strength benefits the mining skill in its damage mechanic. Damage is the mechanic that allows the progress toward gaining an ore while mining. The players damage progress is checked against the durability of the rock they are mining. There is a progress bar above the player's head. Once this is filled, the player receives an ore. Each swing deals damage based on the players Mining level, Strength level, and the pickaxe used. Swings occur every 4 ticks (2.4s). If a player's Strength level vastly out-levels their Mining level, it has a huge impact on their damage per swing and in turn their ore and experience per hour.

The basic calculation for damage is:

For example: The player has boosted their strength from level 38 to level 41. The equation will take into account a level + 4 bonus to the damage per swing as opposed to a + 3 bonus.

For players with level 99 Strength, a Strength cape can be bought from the Sloane or Yadech Strongarm in the Warriors' Guild. The cape will cost 99,000 coins, like all other Capes of Achievement. If Strength is a player's only mastered skill, they will have an untrimmed cape. If the player has 99 in any other skill, it will sport a red trim. The Strength cape's perk causes Dismember's damage over time to last an extra 3.6 seconds (displayed as 2 seconds on the tooltip) for an extra 3 hits.

Like all skills, there is a skilling pet obtainable from training this skill. For Strength, the pet is called Kangali.