From the RuneScape Wiki, the wiki for all things RuneScape
Jump to: navigation, search
Statue? (edit)? (edit) 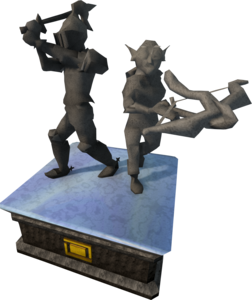 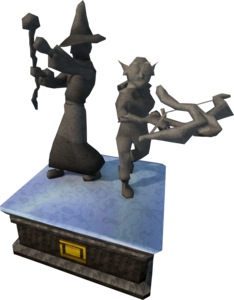 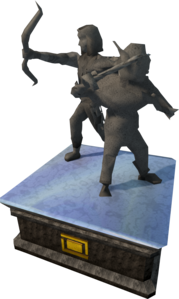 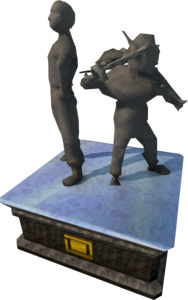 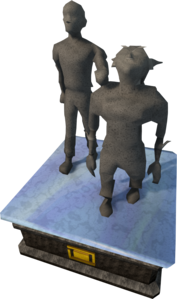 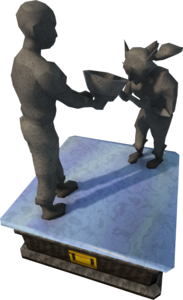 The statue itself is found immediately north of Dorgesh-Kaan's marketplace, near the park area south of the Dorgeshuun Council's chambers. The statue is built on the exact spot that Bandos's avatar places his Ultimatum during the events of The Chosen Commander.

The player can choose one of seven designs for their statue by talking to Ur-vass, a Dorgeshuun Councilman that wanders the park area near the statue. 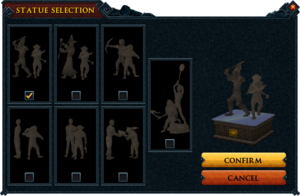 The interface for choosing a statue type, accessed via Ur-vass

The poses offered include (from top to bottom, left to right):

The update history project is a work-in-progress – not all updates to this topic may be covered below. See here for how to help out!
Retrieved from ‘https://runescape.wiki/w/Statue_(The_Chosen_Commander)?oldid=35238224’
Categories:
Hidden categories: