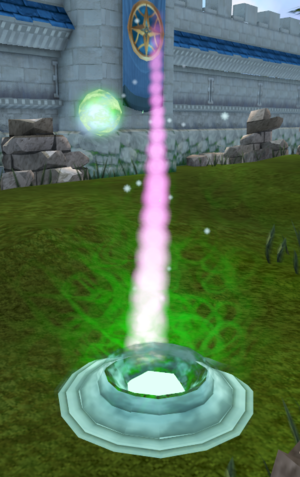 An example of a spring in its last stage.

Springs are elemental objects connected with the Divination skill. They appear when a player chooses the harvest option on a wisp in a wisp colony. Springs are a source of divine energy, the main resource in Divination, as well as memories.

This also applies to enriched springs; however, for those, it seems that the increased lifespan due to absorbing players' memories is added to the last stage, potentially making it last much longer than normal.

This information has been compiled as part of the update history project. Some updates may not be included - see here for how to help out!
Retrieved from ‘https://runescape.wiki/w/Spring_(Divination)?oldid=35440379’
Category:
Hidden categories: