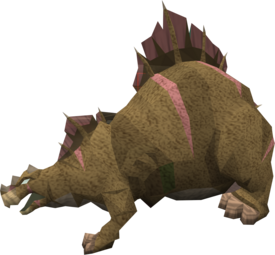 Spinomastyx (tier 6) are large, slow, dinosaur-like creatures that dwell in Daemonheim. Their skin is sought after for making excellent Ranged armour.