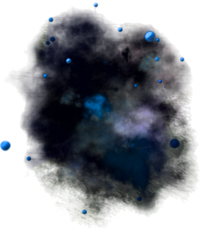 Spellwisps are magical creatures that resemble small dark and stormy clouds, very similar to the Chaotic clouds. Six of them are found northwest of Wizards' Tower. Wizard Valina suggests them for Magic training when asked about features of the tower, despite their weakness to Ranged. They attack with Fire Strike.