Sparkly Crystal is the son of the troll warlord Pretty Flower, who is encountered during the King of the Dwarves quest. During the quest, he is called Unnamed Troll Child. He is named after the first thing he ate, which was a sparkly crystal inside the cave. He can be found in the tunnel next to the Black Guard Headquarters along with Pretty Flower, Big Rock and My Arm. You can give a pretty flower to him after completing the quest, though there doesn't seem to be any reward obtained for doing so. 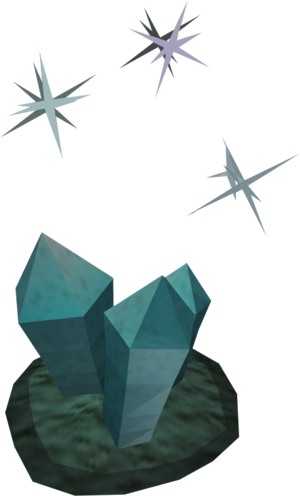 A crystal he ate.

You can also use a Big rock on him for some amusing dialogue.