From the RuneScape Wiki, the wiki for all things RuneScape
Jump to navigation Jump to search
The Old School RuneScape Wiki also has an article on: osrsw:Sophanem Dungeon
Not to be confused with Sophanem Slayer Dungeon.

The Sophanem Dungeon consists of a series of tunnels under Sophanem which are filled with a variety of scabarite monsters. It is accessed during the Contact! quest, in which the player searches for an underground route to Menaphos. The monsters found throughout the dungeon have high max hits for their level, and a relatively large wander radius. The dungeon also has many traps which can damage players in a variety of ways. The entrance to the dungeon is a ladder located inside the temple in northeast Sophanem.

This dungeon is a dark area; a light source is required to be able to attack monsters and prevent damage from swarming insects.

The first section contains Sophanem's bank, which can only be used if the Contact! quest has been completed. Here, you can buy an unlit torch from the Sophanem guards for 200gp. This section has no monsters and does not require a light source. After starting the Contact! quest, the rest of the dungeon can be accessed via a trapdoor next to the ladder. 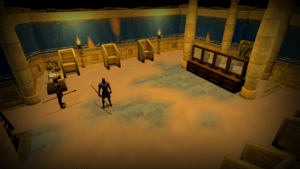 When entering this section, players should bring a light source with them.

This section is a large maze containing level 75 Scarab mages and Locust riders, which can do moderate to high damage on a player who is unprepared. There are also five types of traps throughout the maze which can damage players (see the map below for locations of these traps): 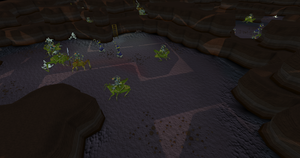 The most dangerous part of the dungeon 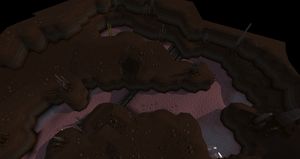 Heading towards the large cavern with the chasm and Maisa

In addition to the scarab traps, a player can voluntarily enter the cavern section by any one of the eight ladders. Using the ladders marked 2 and 6 on the map provides a faster alternative route to the end of the dungeon's maze, but doing so may result in high damage taken from many monsters attacking at once.

The monsters in this section are level 75 and come in melee, ranged and magic varieties. Players may have to swap protection prayers according to which style is hitting the most frequently. It is very easy for lower level players to die here due to the high amount of monsters found close together.

The final section of the dungeon is a part of the cavern that is only accessed by taking the correct ladder in the maze. This is where the player meets Maisa and fights the giant scarab during the quest. 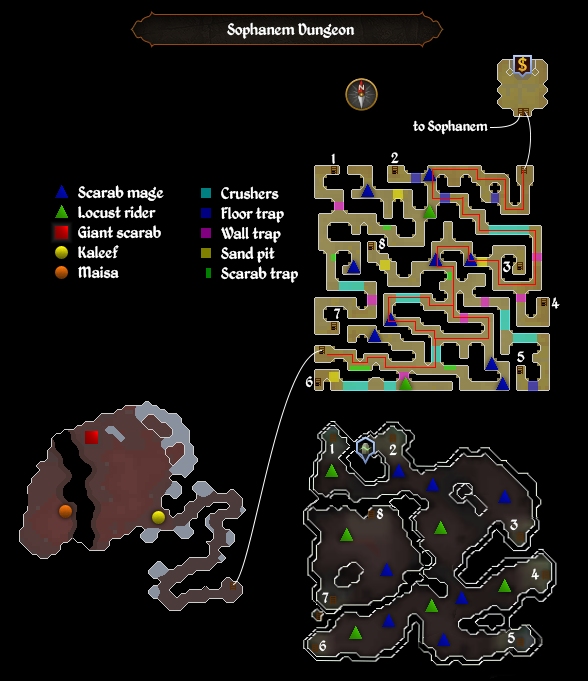 This information has been compiled as part of the update history project. Some updates may not be included - see here for how to help out!
Retrieved from ‘https://runescape.wiki/w/Sophanem_Dungeon?oldid=35830479’
Categories:
Hidden categories: