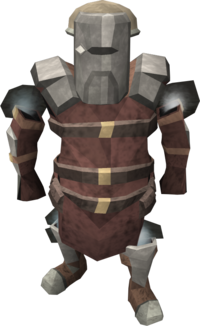 Smith ancestors are pieces of armour that sit on the wall in the Artisans' Workshop and randomly come to life.

When a player defeats these enemies they receive 0.10% respect for killing them.

If the armour isn't killed after a few minutes, it will perform a flourish, then crumble to pieces.

It is not recommended to spend time killing these, since you do not get sufficient respect percentages when killing them for the time taken, despite the fight being very quick. It is best to simply ignore them, and continue making armour or swords.