The player can also save a custom skybox using the Advanced tab and have it load upon logging in.

Several skyboxes can be activated by the use of specific items. Once the player has access to these items the skybox and filters interface will update, allowing the player to select them through the interface, as opposed to the item. 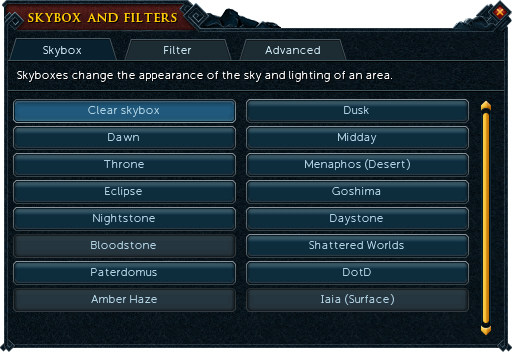 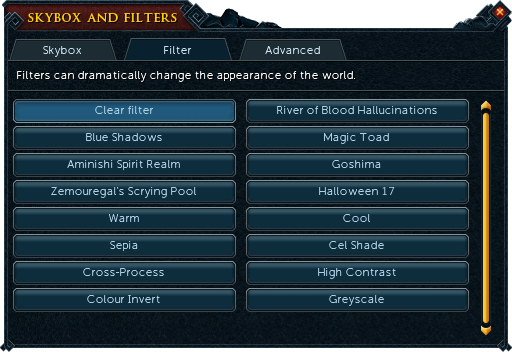 Some of these skyboxes are not available through the skybox and filter interface.

On the 19 November 2018, advanced options were introduced to the skybox and filters options. With these the player has complete control over the look and feel of their skybox. There are RGB options for the sun, fog, and volumetric light. The player can also set the ambience of the sun, the fog depth, and volumetric density. 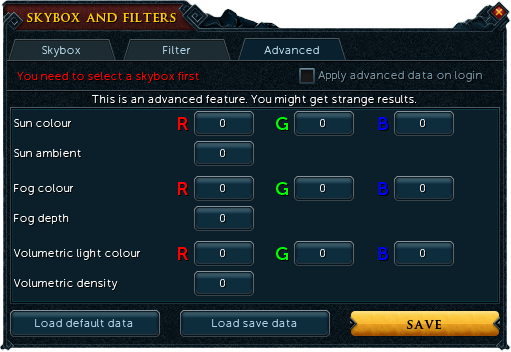