From the RuneScape Wiki, the wiki for all things RuneScape
Jump to navigation Jump to search
For other uses, see Skeleton (disambiguation). 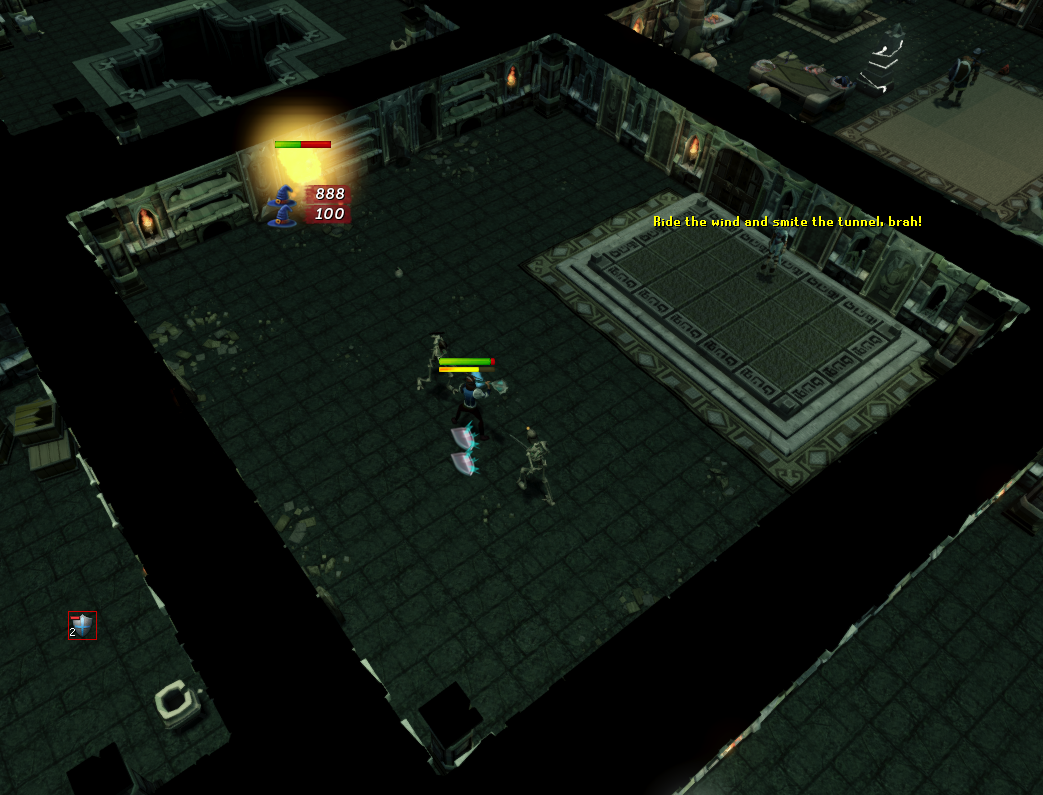 The Skeletal Horde is a Dungeoneering boss, composed of a collection of skeletons, that can be encountered during several Dungeoneering floors. These floors range from the first and second set of Abandons; floors 12-17 and floors 30-35.

The boss consists of several skeletons of varying levels, with skeletons spawning anywhere with a combat level of 18 to 138. The skeletons are basically the same as those encountered in a standard Dungeoneering room, except these skeletons don't have any drops, ignore the effects of the shadow silk hood (as the fight would become extremely easy) and possess half as much health compared to other skeletons.

The boss arena has five tunnel entrances, which skeletons continually pour out of. Simply kill the skeletons until the Divine Skinweaver states a random phrase regarding the status of the tunnels. Kills cannot be stored, so simply close each tunnel as the skinweaver comments on them. If the player attempts to close a tunnel but the skinweaver hasn't told the team that it's ready to be closed, then the unstable magic coming from the tunnel will deal massive damage to the player who attempted to close it.

When all tunnels and skeletons have been dealt with, talking to the skinweaver ends the encounter.

Soloing this boss is quite easy. Kill the skeletons as they appear, using protection prayers if needed.

As soloing will make you encounter less high levelled skeletons, if any appear, kill them immediately as they can expend food supplies and deal heavy damage, potentially causing death. If you are low on health, run to the platform the skinweaver is on to heal yourself, but eat if needed, as even with her healing, you can still end up dying.

Doing it in a large party can be quite challenging. High level skeletons will spawn out of the tunnels, and players may need to constantly teleport out/heal themselves at the platform. The skinweaver is only able to heal one person at a time, so the person with lowest health should be on the platform while the others deal with the skeletons.

Ranged and magic attacks are recommended as you can kill skeletons while being healed by the skinweaver. If you are meleeing, ensure that auto-retaliate is off if you wish to stay near the skinweaver to heal.

Note: The skeletons can be weak to any of the four magic elements, crush, or thrown weapons.