From the RuneScape Wiki, the wiki for all things RuneScape
Jump to navigation Jump to search
Not to be confused with Shakroth.

Skargaroth was an ancient and powerful god who contributed to the extinction of the Naragi and the destruction of Guthix's homeworld. During the late Naragun God Wars, Skargaroth battled the goddess Tuska and her armies, and was impaled before falling on top of a house. His weight destroyed the house, and Guthix's daughter Aagi, who was hiding inside, was killed with it. In retaliation, Guthix stabbed Skargaroth in his back with Skargaroth's own elder sword, which killed him and transferred his power and part of his knowledge to Guthix. Guthix then ascended into godhood. Skargaroth's dead form is seen as an empty and hollow shell of his body in Guthix's memory at the end of The World Wakes.

Skargaroth was a being that enjoyed the thrill of the hunt. He wanted to take on ever more powerful opponents for sport, so he followed Tuska through the dimensions to hunt her down, leading him to the Naragi home world.[1] Skargaroth, being a solitary hunter, did not wish to be followed. Since he had no 'moral alignment' and did not require worship, he may not have an associated symbol or set of colours.

When investigating the corpse of Skargaroth it reads "The dead god looms over the landscape, terrifying even in death. His appearance suggests that he was not a benevolent god, though even if he were it seems that none of the gods who visited this world cared much for the mortals living upon it." 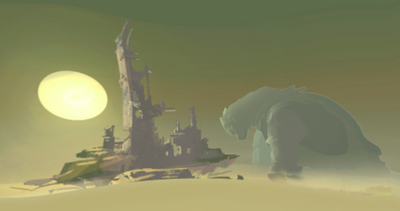