From the RuneScape Wiki, the wiki for all things RuneScape
Jump to: navigation, search
Sister CeciliaCecilia? (edit)? (edit) 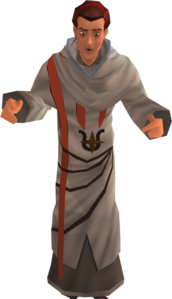 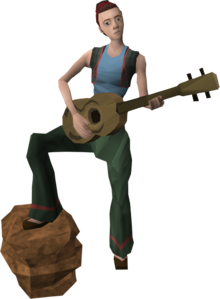 Sister Cecilia is a nun of the Abbey of St. Elspeth Citharede, acting as the choirmistress. She composes religious music, such as a hymn to Saint Elspeth.[1] She spends a lot of time thinking of her music.[2][3] Her composing proved a source of disagreement between the two leaders of the abbey, Abbess Benita and her assistant Sister Anna.[4] She considers music to be holy, intended for worship and contemplation rather than "immorality" like dancing.[5] Before joining the abbey, she lived in Falador. She has written two religious texts which can be found around the abbey: A Hymn to Saint Elspeth and The Martyrdom of Saint Elspeth.

She appears to hold Saint Elspeth in high regard, willingly telling the tale of the saint's battle against the Ripper, killing the demon with a single note. She doesn't believe she or her choir could achieve the same effect though.[6]

After the Killer killed Isabella and concealed her as Sister Anna, Sister Cecilia's choir was tasked with preparing music for the funeral. An investigator was brought in to identify the killer. Sister Cecilia caught the Killer murdering Sister Elena. She panicked, declaring everybody in the abbey to be dead before reaffirming her faith in Saradomin and calling upon the choir to prepare themselves for the funerals.

After the killer is caught, she asks the investigator whether she should continue at the abbey and follows their advice. If she leaves, she joins Valerio and his troupe as a guitarist, finding the experience to be more freeing.[3] If she stays, she says wanting to leave was just a phase and maybe she will become abbess when Abbess Benita retires. Either way, she is happy with her choice. Doing so completes the master quest cape requirement Cecilia, I'm Begging You, Please.... 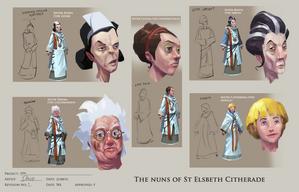 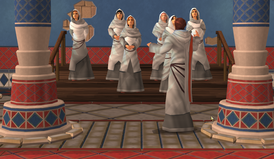