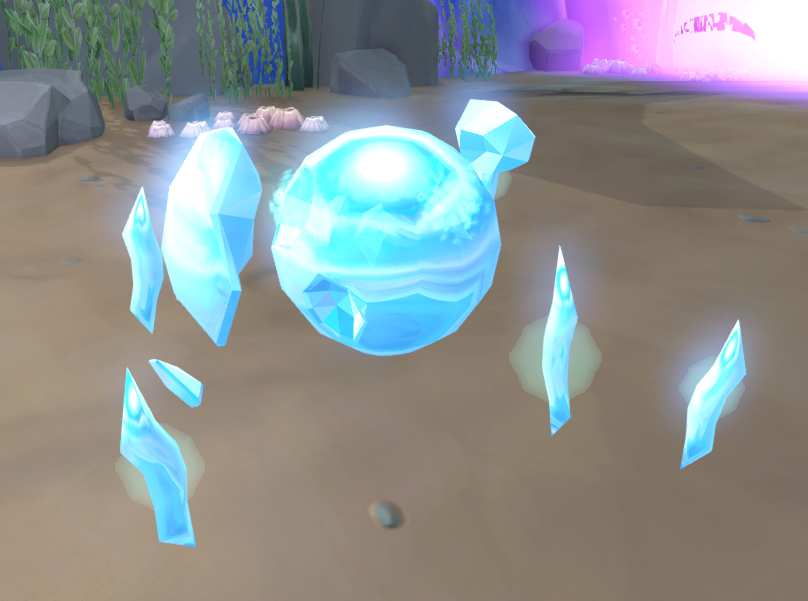 Sinister fragments are created during the fight with The Ambassador. They have 20,000 life points in solo encounters, 30,000 in duos, and 40,000 in trios.

Debuff spells (Vulnerability, Enfeeble, Stagger, and their lower-levelled counterparts) cannot be cast on the fragments; however, throwing a Vulnerability bomb at fragments does cause them to take increased damage.

This information has been compiled as part of the update history project. Some updates may not be included - see here for how to help out!
Retrieved from ‘https://runescape.wiki/w/Sinister_fragment?oldid=35644834’
Categories:
Hidden categories: