From the RuneScape Wiki, the wiki for all things RuneScape
< Settings
Jump to: navigation, search

This page is a subcategory of Settings.

Players can select one of three combat modes, in decreasing level of user involvement and damage done. 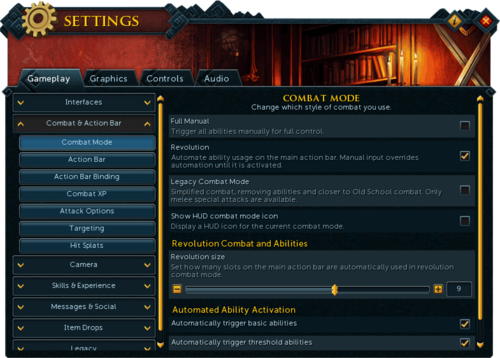 Change which style of combat you use. 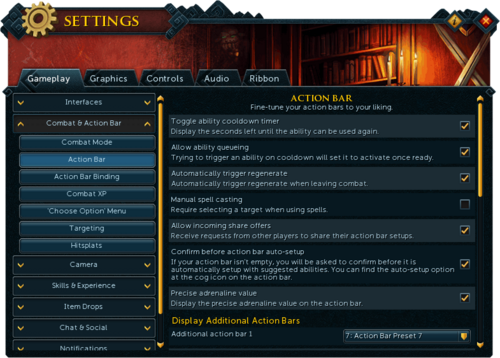 Fine-tune your action bars to your liking. 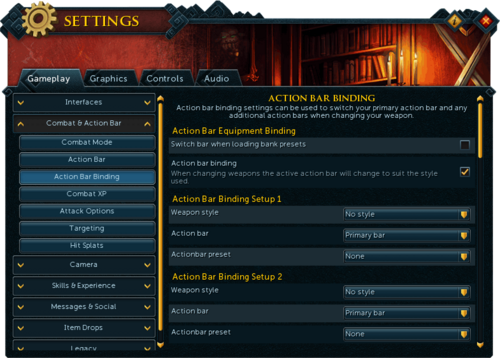 Allows automatical switching of your actionbars when equipping weapons. 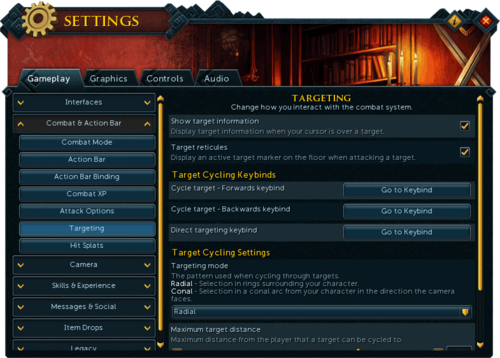 Change how you interact with the combat system. 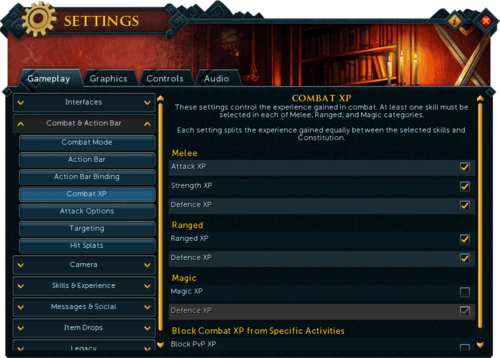 These settings control the experience gained in combat. At least one skill must be selected in each of Melee, Ranged, and Magic categories.

Each setting splits the experience gained equally between the selected skills and Constitution.

Select any combination of Ranged XP and Defence XP

Select any combination of Magic XP and Defence XP