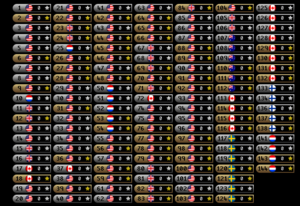 The old secondary world select menu during a blackout. 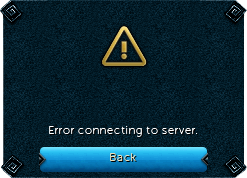 This is what happens to players who attempt to login during a blackout. 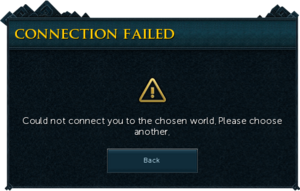 Message displayed when a player attempts to log into a world during a server blackout.

A server blackout is the unexpected crash of a server, typically resulting in all players being logged out for an extended period of time. Blackouts usually affect most, if not all, game servers and may affect other RuneScape facilities such as the forums and main website.

Blackouts are generally caused by a technical failure on the part of Jagex. Players who suffer from blackouts can only wait until the problem is fixed by Jagex. In some cases, a rollback is necessary. A rollback is an operation that returns server databases to their previous state from before the blackout occurred. On rare occasions where a rollback is performed, any changes that occurred between the crash and the previous state are lost. This includes gained experience, trade transactions, quest progress, etc. Rollbacks typically revert the servers to the state they were in anywhere from 15 minutes to one hour prior.

During an intentional server blackout, worlds on the select screen are listed as "OFFLINE", as opposed to displaying the number of players logged in. However, on an unexpected crash, the login server simply assumes that nobody is connected to that server.