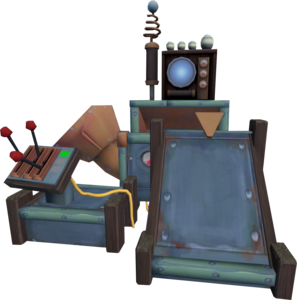 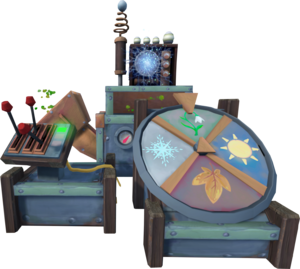 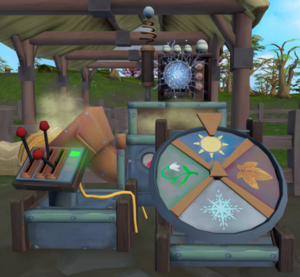 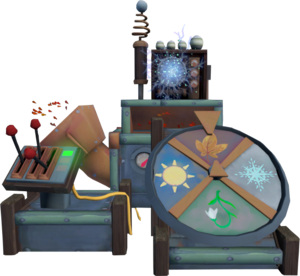 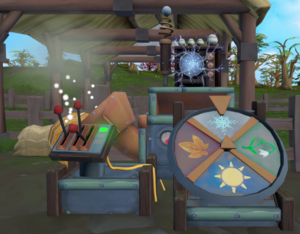 Seasonalisers are machines that allow the player to manipulate the seasons in the player-owned farm. Two machines are located on Manor Farm, one on the western side of the farm and one on the eastern side of the farm. Changing the season will also unlock the different music tracks tied to each season if not already unlocked. Unlocking all four music tracks is a requirement for the completionist cape.

The seasonaliser can also be used to complete the sheep and spider sections in the breeding log since certain sheep and spiders can only be bred during their respective seasons.

To turn on the seasonaliser, the player must buy a seasonaliser wheel for 5,000 beans from the Farmers' Market and go to one of the machines and change seasons.