The Spirit of Scorpius is a Zamorakian ghost. After completion of Observatory Quest, he will give the player an unholy mould and bless unholy symbols. He is found south-west of Ardougne at the Grave of Scorpius, north of the Observatory.

Scorpius is very close to the south-east entrance to the Ourania Runecrafting Altar and south-west of the hunting area with red salamanders.

Whilst alive, Scorpius was an Astronomer and had an apprentice named Phyrrys. It is said that he actually created the art, and that he has a constellation named after him.

Scorpius was later persecuted for his craft and his knowledge and instruments were almost totally lost. The art eventually returned to the world, as discovered in the Observatory Quest. This is covered in the Astronomy book in greater detail. 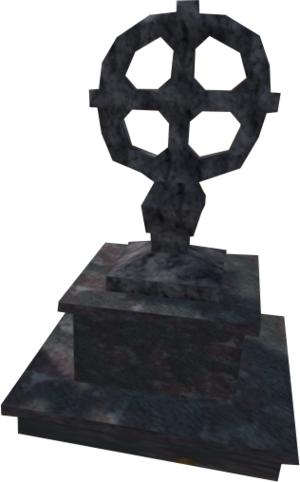 The grave of Scorpius