From the RuneScape Wiki, the wiki for all things RuneScape
< RuneScape talk:Events Team
Jump to: navigation, search

Did you enjoy the Corporeal Beast event (3 September 2011) and would you like to do it again? Please leave a comment below to explain your reasoning.
Please vote below. Results will be shown when you have voted.
You are not entitled to view the results of this poll before you have voted.
There were 0 votes since the poll was created on 17:53, 24 September 2018.
poll-id E04010C31E0514A6E6D190DF798D8414

Feel free to leave any tips you have, ask any questions and make any suggestions. Remember to sign your comments using the four tildes (~~~~)

Crashing pretty much ruined this event for me. It was hard to stop people from trolling the crashers and each other, and the event just didn't work well at all.

I agree. Shame that it happened.--Cheers,

That event was fun, but no sigil. :( Lets do it again for sigil! - Deflect

Cake didn't intentially take a pic of their death messages in the chatbox, it was just always there whenever you looked. :P --Henneyj 03:07, September 4, 2011 (UTC)

Event team was terrible, I joined them late using only a D spear, they got angry at me for leeching, so I apologised since I thought no armor was allowed, I returned with some gear and started helping yet they still un-friended me from the friends chat, I apologised and they would not have it, they were very rude. There were others in the same gear I brought. Anonymous3 00:19, September 4, 2011 (UTC)

We warned you multiple times, and you didn't comply. The rules are the rules.--Cheers,

I did comply. I recall being warned only once, someone told me to atleast bring black dhide. I then left to get gear and then returned, to find myself unfriended from the team. Then I was told I'm only allowed to use atleast a zammy spear. After some rude comments from the friends chat I left. Anonymous3 00:49, September 4, 2011 (UTC) 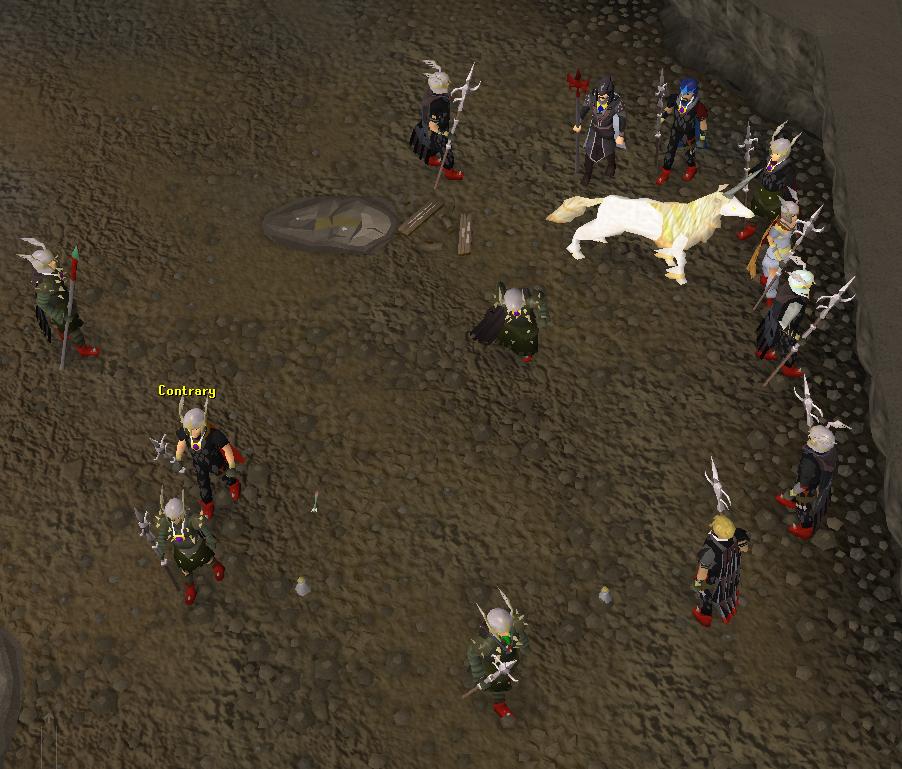 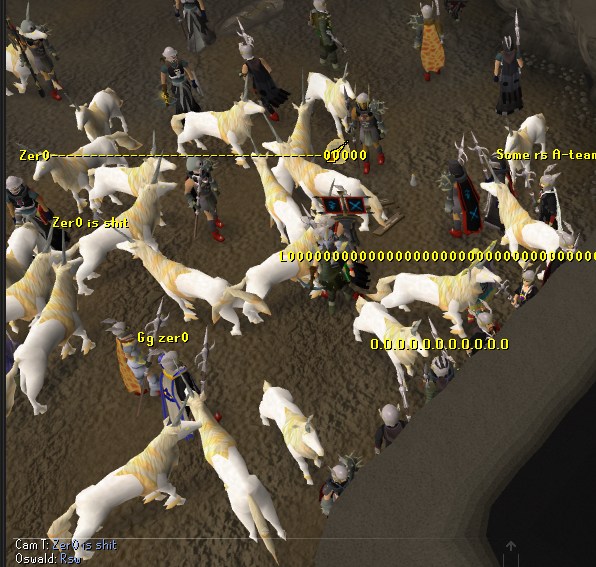 Lol Zer0. They crash too much.