From the RuneScape Wiki, the wiki for all things RuneScape
< RuneScape:Wiki Post‎ | Editorials
Jump to navigation Jump to search

A collaborative article by: Horsehead Talk and C.ChiamTalk

In what can charitably be described as a win by deception, Chiafriend12 took the first match of the RuneScape Wiki Civil War on 13 June 2009 by turning off Ancients in the Clan Wars Options at the last moment after having agreed to it. Caleb's team, led by Degenret01 in his absence, then exited the portal, forfeiting the match. Chiafriend then left the hall.

The wikians then had some friendly FFA (free-for-all) and had fun wiping floors with each other. Caleb arrived shortly after, and the wikians regrouped in the hall. After some deliberation, the wikians were then split into two teams, with Caleb leading one team and Degenret leading the other.

The wikians battled their hearts out, and "ancienters" (such as Jeffb87 and Degenret) decimated the opposition with their array of spells. After a gruelling match, Caleb’s team won by a few kills with a scoreline of 25-21.

At this point, Degenret had to logout. Hapi007 volunteered his clan chat as a backup. Now, it was Hapi versus Caleb. They had even numbers, 3 against 3. It was anyone’s guess as to who would win. But, alas, after a long and difficult match, Hapi’s team lost by a mere kill with a scoreline of 24-25.

After the third match, the wikians chatted, congratulated, and patted themselves on the back. The first engagement had been a success, and their thirst for battle was quenched. However, it would not long till the next war... 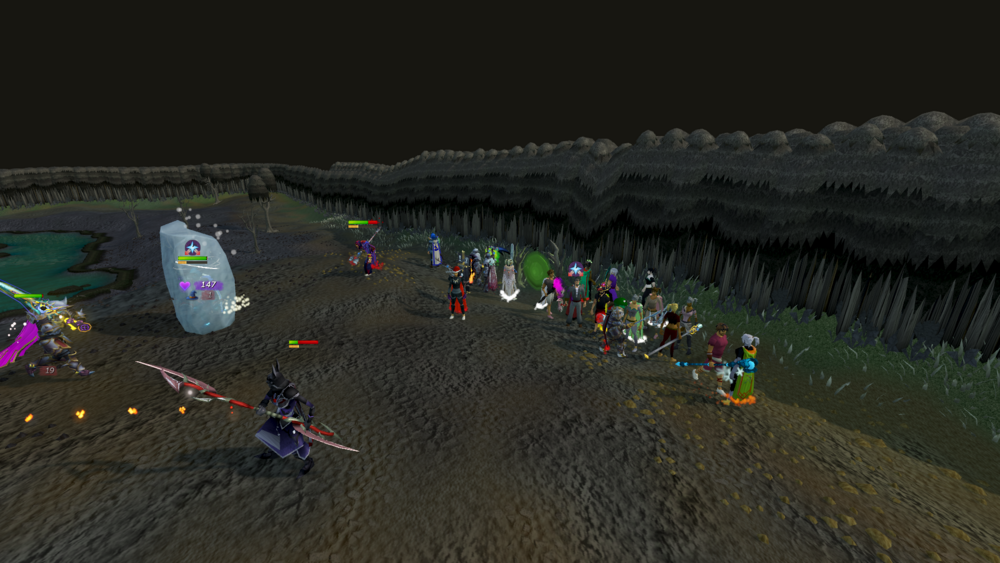 The combatants of the RuneScape Wiki Civil War stand ready.
How was the article on RuneScape Wiki's Civil War?
Please vote below. Results will be shown when you have voted.
You are not entitled to view the results of this poll before you have voted.
There were 0 votes since the poll was created on 03:32, 3 October 2018.
poll-id F629D862D9A3BBEA1137882C2ADADEA2
Retrieved from ‘https://runescape.wiki/w/RuneScape:Wiki_Post/Editorials/Clan_War_Shenanigans?oldid=11607203’
Category:
Hidden category: