Image no longer used in mainspace
Description: The Dragon Forge, where lava flows from mouths of dragons.
Reason: It's a good-quality image; with good lighting, rock detail, etc. Having a player here isn't a problem, as he fits in as an adventurer discovering the Dragon Forge. Looks good to me.

Description: A waterfall runs through the valley of the centaurs.
Reason: This picture shows superb textures, a much-underlooked area (renowned for it's beauty, hated for it's uselessness) and delicately creates an image of peace.

[[File:Lumbridge.png|right|200px]] Description: Lumbridge, birthplace of the greatest heroes.
Reason: Lumbridge is a home. It's a home to all the newbie players and some of the highest too (RFD chest). It is where you start, it has alot of beauty, and superb textures.

I know, I can't tell it's castle either. It looks more like a volcano to me. Nephilim Retired

Description: The entrance to the Ape Atoll Agility Course.
Reason: This image is incredibly bright and vibrant and shows one of Runescape's more exotic areas. It is also a replacement image due to the other one being unanimously disliked.

Description Disguised as a penguin leaving the massive submarine.
Reason Shows the size of this submarine compared to the tiny penguin

Description The Varrock sewers, where giants and rats lay.
Reason I happened to come across it and I thought it should be featured for its level of detail.

Description: The Chaos Temple in all of its glory.
Reason: Shows a detailed scene of a player praying near the chaos temple. Description: Stuck on an island, in the middle of nowhere.
Reason: It's a peaceful environment, though it's a pain to get out of there.

File:Neitiznot_RSW.jpg Dexcription The center of the Fremennik village of Neitiznot.
Reason Shows some beautiful wooden arctitecture. This image is quite large, and is best appreciated in detail.

Description: Exploring the top of the Jaldraocht Pyramid.
Reason: It's a nice image with a good angle showing a neat stucture.

Description: A Player stands to face Wilderness Ruins.
Reason: A clear and very striking image with chilling beauty, the Wilderness has always had a stunning design. It's perfectly portrayed in these Ancient Zaros Ruins.

Description: A player stands outside Thurgo's hut.
Reason: It's a nice view of the beach. 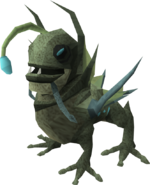 Description The Aquanite, in all it's grace and beauty.
Reason I think the Aquanite's textures look great in HD. The colours are also eyecatching and the Aquanites seem to be graceful by the way they stand up tall.

Description: The entrance to the Ape Atoll Agility Course.
Reason: This image is incredibly bright and vibrant and shows one of Runescape's more exotic areas without the distraction of a player. Also highlights in particular the Runescape engines shader and anti aliasing capabilities.

Description: The entrance to the Shrine of the Sea slugs.
Reason: Very nice textures and details, good angle, interesting image.

Description: A quiet and delicate plane of mystery.
Reason: In this picture, there is alot of colours which makes it eye-catching. It shows beauty aswell, and the little floating bubbles add to it!

Yeah, I wasn't to happy and wanted to take the picture again - let's see with your suggestion. Nephilim Retired

I didn't take the picture again, I simply removed the white island, and I couldn't do much about the cut-off land without ruining the picture. Nephilim Retired