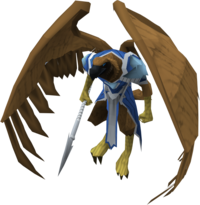 Description - Graceful, bird-like creature.
Reason - I think it is a very nice picture. The detail of it and transparacy makes it a featured image.

Description: Harbouring in the Peace, silently a person finds solace.
Reason: A beautiful area that is undisturbed and underlooked. Beautiful textures are viewed, please view this image larger for details.

Description - A view of the Heroes Guild basement fountain.
Reason - A very pretty angle highlighting the sage glow coming from the fountain.

Description: A quiet desert town.
Reason: Alot of high textures are shown in the picture, and it gives alot of insight to a much underlooked town. This image is extremely large, and best appreciated in detail.

Description - The magical elven forest.
Reason - I think it is a very touching picture, encouraging users to read the article. 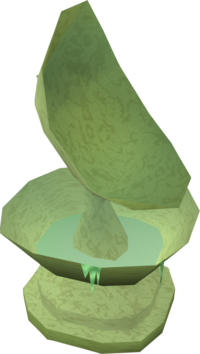 Description - The Spooky Ectofuntus, glowing with the aura of death.A spooky place where ectoplasm is gathered.
Reason - It's a very detailed picture, complete with the disciples and Necrovaus (sp?). Again, large image - best appreciated in detail.

Description: No description given.
Reason: It looks very nice, in my opinion. Cool color and lots of textures.

[[File:New bloodveld2.png|right]] Description - The tongue of evil.
Reason - It's so detailed and real looking it truly captures the scariness of it that was intended by Jagex. 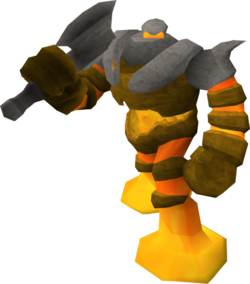 Description: A ranger that died and was reborn through the phoenix's power.
Reason: For some reason, I think this image is SUPERB quality. Just enlarge it and it looks wonderful. Very nice and I think it deserves a place on Featured images.

Description: The majestic entrance to Prifddinas.
Reason: It's a great image, the crystal gate truly looks majestic and spectacular. The textures and details are pretty good too. Might've been better without the player although the player doesn't look too bad here.

Description: The majestic entrance to Prifddinas.
Reason: It's a great image, the crystal gate truly looks majestic and spectacular. The textures and details are pretty good too.

Description: An aerial view of the Guild of Legends.
Reason: A good angle that captures a great part of the main building and shows much of it's beautiful detail.

It also doesn't show the actual game playing. Could be nice if there were a bit fighting in the back or so.

Description: A view from the tower rising from Falador's general store.
Reason: The high elevation and the mist show the beauty of Falador.

Description: The majestic Lumbridge Castle in it's beauty.
Reason: Shows a new high detail view of the castle that everyone knows.

[[File:top of air altar.png|right|200px]] Description: The altar where you craft air runes.
Reason: The angle shows a good view into the distance from the top of the altar.