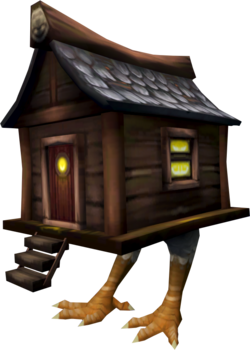 Description: OP luck while Jagex screws Liquid
Reason: Skilling pets are cool and this one is pretty rare. 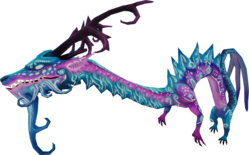 Description: An ascended spirit dragon from another realm.
Reason: Is snek dragon. 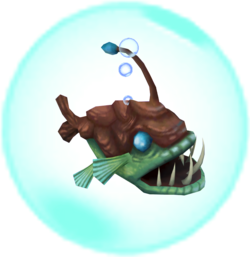 Description: A rocktail contained in an enchanted ball of water (from the examine, am not sure).
Reason: Nicely captured image with translucency applied well.

Description: Saradomin, the god of order.
Reason: Looks great following his graphical rework, plus it'll be one more god that could be featured, like V or Seren.

Description: A razor sharp sword with an intricate design engraved upon the blade (examine with my embellishment)
Reason: Another pretty sword, I couldn't decide which one I liked best

It's a high quality image and the subject has interesting details/textures/shades or whatever you want to call it. I'm not sure what else you would require to make an image "special", perhaps you can explain?

Well, it's more interesting that one's average sword with the swirly pattern on the blade, but other than that it's just not very interesting (but yes it's an excellent image). User_talk:Fswe1 Fswe1

Right, so again what would make an image sufficiently "interesting" to be a featured image? Specifically for a DII, maybe an example of something you consider interesting enough would help.

I responded to you on Discord but I'll say it here as well: DIIs in general are just not interesting enough to be featured images. The only exception I can think of is the old DFS because it was such a unique design, it was a rare and well known item, and it looked awesome (it wasn't just a sword or an intricate blade design, it was a damn dragon's visage). Haidro

I disagree with you about them not being interesting enough: I do think that DIIs can be interesting. Furthermore they are a kind of image that is pretty unique to the wiki; isn't that worth showcasing? There's nothing in the FI guidelines at the moment that states DIIs are not eligible to be featured images.

Description: One of the four guardians of the Diamonds of Azzanadra.
Reason: he's got that pickup truck with flame decals thing going on 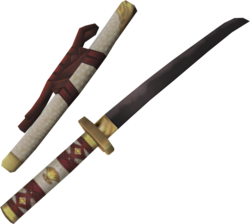 Description: Grr
Reason: Fswe said the robe bottom looked nice but look at this its literally an angry face.

Back to the Freezer

Description: What do you call a penguin in a desert? Lost
Reason: a e s t h e t i c, like really aesthetic lol also good because Menaphos and desert n stuff

Description: The ostentatiously and opulently ornamented residence of the Pharaoh of Menaphos.
Reason: Great angle and it looks pretty awesome. The spooky lighting effects are great too. There's a player in there but frankly that can be fixed later by the uploader without replacement nomination.

Description: A large stone boat within the tomb of Pharaoh Queen Senliten.
Reason: The boat looks really awesome and the blue "water" works really well in contrast with the brown stone. How the blue tiles disappear to the top right of the images also adds a sense of dynamics and depth, as if the boat is actually sailing that way.

There's no difference other than a slight change in brightness. By all means, this version's fine by me, but you wasted your time. >.> User_talk:Fswe1 Fswe1

Description: The frozen door to the Ancient Prison, containing an entity whom even the gods fear...
Reason: It looks fantastic, and the symmetry in the image is nice. Also, it's a nice way of showcasing a well-received graphical update. That said, the colour scheme is predominantly blue, which doesn't work very well with the finer details on the door and walls when thumbnailed. Even so, it looks pretty nice.

Description: The border town of Edgeville, as viewed through the dreary Goshima filter
Reason: A nice example of one of the new filters; its not as spectacular as some of the others but it demonstrates the filter effect while keeping the subject clear

What kind of reason is "it's not a real thing"? Skyboxes and filters are in-game content, and there's no reason why we shouldn't feature them (I rather think that we should feature graphic effects like this).

A fine reason if you ask me; if we want to feature an image of Edgeville, we should use an image of what Edgeville actually looks like, the currently posted image has a colour overlay that doesn't represent the location as it appears in-game. But even discarding that argument, I stand by my stance that the place looks incredibly boring and grey, and that the angle is...well, not FIMG-worthy. User_talk:Fswe1 Fswe1 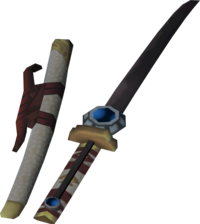 Description: A razor-sharp longsword designed by the Gu masters of Wushanko (examine of the unaugmented item)
Reason: It's a pretty sword

Ok, it being from cache doesn't matter, apparently. So per Liquid. User_talk:Fswe1 Fswe1 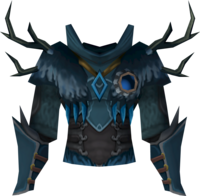 No it wasn't taken ingame, but that isn't an automatic disqualification, since we decided cached images will be allowed under the image policy, and the FIMG standards are that the image must follow the image policy. --LiquidTalk 17:38, May 16, 2017 (UTC)

Fairy nuff. That said, I would still argue that a cache image is "cheating" insofar as it doesn't require any skill on the editor's part (apart from transparency etc.). User_talk:Fswe1 Fswe1

Wait, why does that matter? FIMG is for featuring nice images, not nice photography skills. I don't think it matters how or where the image is obtained from (as long as it's legal) if it looks good. --LiquidTalk 17:51, May 16, 2017 (UTC)

I agree, but Isobel specifically mentioned "very good quality DII" which is kind of superfluous since it's from the cache. But since it's not disallowed, I can't oppose because of that. Anyway, the augmentor is still annoying, so I've changed my stance to 'neutral'. The item itself looks nice though, if, indeed, a tad dark. User_talk:Fswe1 Fswe1

One of my main reason for nominating these images is that I think Cook and Christine deserve recognition for obtaining and uploading them. These images from the cache are way better quality than what could be obtained in-game (see the un-augmented items' detailed images for comparison). I don't see any one else obtaining high quality cache images like this so I'm not sure why you think it requires no skill. I appreciate that not everyone likes augmented items' graphics but there is absolutely no reason that this should be opposed for being taken from the cache.

I obviously didn't mean to imply it's a bad image or Cook & Christine did a bad job, but, being from the cache, there's no oculus skills such as positioning, angle etc. involved, as is traditional. User_talk:Fswe1 Fswe1

Description: A Tsutsaroth demon who fought for Zamorak during the God Wars.
Reason: k'ril but with the dusk skybox

Description: An exiled citizen of Menaphos, attempting to seek forgiveness and gain re-entry to the city.
Reason: looks like Nikolaj Coster-Waldau in Gods of Egypt (terrible movie) 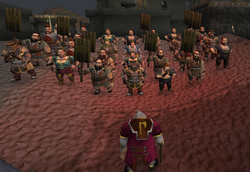 Description: "No band of petty councillors can preserve this city through its darkest days - only a king."
Reason: Looks pretty cool even whem thumbnailed, and the angle is very interesting. Admittedly a bit heavy on shades of red, but then that fits the theme I suppose. 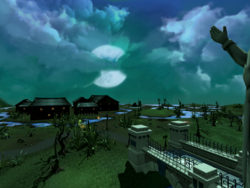 Description: The moon's low position in the sky has an unusual effect on the inhabitants of Canifis.
Reason: Pretty example of a filter with better scenery than other images. 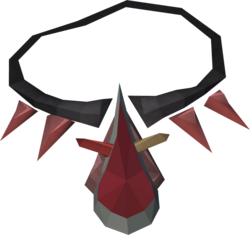