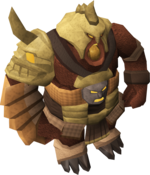 Description: The essence of ruination, vying for control of the Soul Obelisk.
Reason: This is a really nice, clean, pic, taken from the popular new minigame.

Description: The valley of the snowy Trollweiss Mountain.
Reason: An image representing the other side of Runescape - The rarely visited snowy north.

[[File:Paterdomus Basement.png|200px|right]]
Description: A view of the basement Mausoleum of the Paterdomus temple.
Reason: A good example of the new Runescape, including light and detailed, improved graphics.

Oh and it's called the Paterdoumus Mausoleum so lets replace the world basement with Mausoleum, it also sounds better (spookier)

Description: The sought out Jaldraocht Altar, the altar for Ancient Magicks
Reason: The Picture of a frequently used and much sought after reward from a quest. I wanted to nominate this image because it has an artistic style and shows a popular area for Magers to change their Spellbooks to Ancient Magicks.

Image: Click here
Description: One of the most graceful characters in Runescape. [Description biased.]

[[File:Penguin barrel.png|200px|right]] Description: No description.
Reason: Great detail in the image is given. Shows a hidden spy in the area.

File:RSWF Wntr08-09 meeting&greeting2.png|200px|right Description: The Wikifest is a seasonal wiki community event.
Reason: This pic would be a nice way to advertise our upcoming Wikifest.

Description: A view over the edge of the snowy Trollweiss Mountain
Reason: A image representing the other side of Runescape - The rarely visited snowy north.

Image: Click here
Description: A view in the middle of Catherby, starting to go onto the beach
Reason: I am aware that we had this before, but It was a series of 5 different images changed along the course of the RFI (is that right? RFI?). This is the first one that was nominated. I am nominating it because I think it is a good image.

Then which of the current featured images got a 'Graphical rework' more then Catherby ?

Not necessarily an anounced rework, but the Paterdomus basement was updated with the release of Legacy of Seergaze, and the Smoke dungeon was updated too.--

Description: Picture of, and guide to, polar kebbit hunting
Reason: Provides an overview and explanation of the activity that text descriptions were having a lot of difficulty conveying. You can look at the image, and know 90% of what you need to know to perform the skill.

Description: An image of the smoke dungeon. [Please provide a better description.]
Reason: The image shows amazing detail, and the smokey effect shows the real danger of the dungeon. 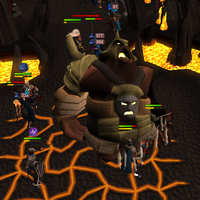 Description: The Ultimate Battle for the Powerful Destruction Avatar has ended.
Reason: This picture shows the calamity that is Soul Wars and the Death of one the Avatars. It's similar to the 'Battle for the Creation Avatar', and is a rather clear picture, and has excellent textures viewed.