Description: The bank of the fishing Guild, a hotspot for master fishers.
Reason: It is update, and I like the detail, and amount of material, such as the obelisk.

Weak support - I saw the image in full size and changed my mind. The colours are wonderful! But I still hate the fog near those trees... User_talk:Fswe1 Fswe1

The Mask of Dragith Nurn 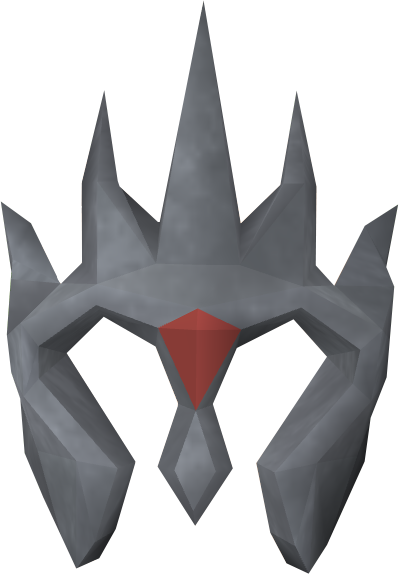 Description: A lost mask beneath Lumbridge.
Reason: I saw this image in the article, and it has high detail, lighting and overall quality. I'm sure that everybody will oppose, so it's more of an Easter Egg, just like Iiii I I I's nomination of Bones.

the item ones are better then nearly all featured images we have now. npc ones not so much. 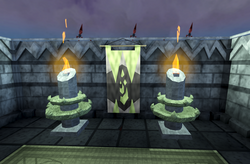 Description: The Flame Tapestry in Zemouregal's base during The Curse of Arrav.
Reason: The lighting, angle are great and the colors great!!. 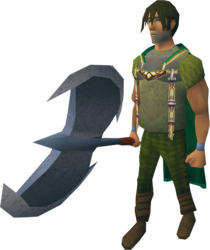 Description: A Hero of Strength
Reason: i been keeping it back for a bit, but i cant take it any more, this image i made a while ago is just epic, i worked on it for 3 hours, every detail it at it best, it is just epic, the blade detail just gives it it texture and the angle just makes it amazing, i cant say how amazing it is in any other way, it just...epic!

Description: A Crashed Star.
Reason: It's basically like a rock, but a nicely detailed one

No... Nominations for Replacement should replace already featured images. There is however no featured image of a crashed star. I think Murd3rlogist placed this nomination under the wrong heading... User_talk:Fswe1 Fswe1

Yeah, let me change it

I guess its all oppose, someone cancel this nomination, please?

Still 3 days to go. Might as well wait for the nomination to end. 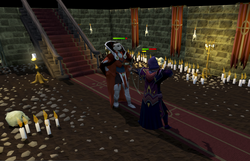 Description: Locked in battle with Count Draynor.
Reason: The lighting is brilliant and the image can be used as exemplry use of the orb of oculus. the image also appeals to the lower level end of the spectrum of players who visit the runescape wiki. 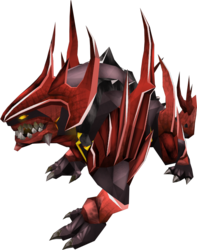 Yes, but it should be a plural, shouldn't it? One out of more, or am I imagining things (common problem)? User_talk:Fswe1 Fswe1

Its only violating a single criterion so is singular. Anyway why are we debating this?

Is this discussion really needed? 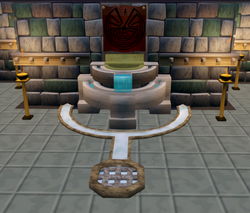 Description: An unactivated altar with a strange symbol, where the Homunculus summons awkward creatures.
Reason: It has good lighting. Not too dark, not too bright. It's also perfectly centered and pretty symmetric (except for the dirt to the left). You can see the strange things on the altar. And it's 4xAA. Click to enlarge.

Description: When Easter Come, the rabbit come out.
Reason:Quite a good angle, the way he clooking is also quite nice, it would also give the easter feeling all year round, it quite i happy images

I couldn't resist after people said how he looked scary. 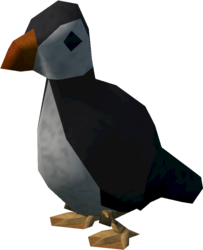 Description: A high detail picture of a puffin
Reason: One of RS Wikia's most detailed images in my opinion.

That's kinda the point Fswe1. It's supposed to look shaded and uneven. Every runescape surface is uneven, and there's nothing you can do about it.

Correct, but it makes a bird look unnatural this close. User_talk:Fswe1 Fswe1 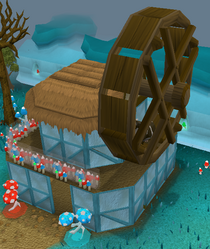 Description: The only Windmill that is powered by a talking cow.
Reason: Great angle and colours. 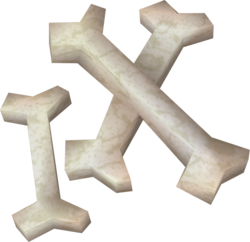 Description: Bones are for burying.
Reason: I just like it. Probably won't make FIMG, but oh well.

As much as I dislieked about you not being the bukkit anymoar, I have to agree with you. --

(click to enlarge) Bad point: quite a big file size, but I know poeple can lower it.

Can't refuse the bidding of a bukkit, can I? How's this one? User_talk:Fswe1 Fswe1

I can vouch for that

File:Familiarisation.png|250x250px|right Description: A Summoning Obelisk full of energy.
Reason: The glowing on the rock makes it obvious that its an obelisk, and i like the detail.

Description: The legendary strange box. Who knows what's inside?
Reason nice detail of an item, which we do not have many of

Entrance to the Barrows

[[File:Barrow entrance.PNG|250x250px|right]] Description: The eerie lighting of a stone arch leads to the portentous catacombs of the barrows.
Reason: The obvious care in selecting the perfect angle and detail settings help to illustrate the content well. The barrows are attractively visible in the background, and the anti-aliasing improves the cordiality of the image.

Comment - An important point to be made is that this is the true content of the game, no deceptive editing involved. I agree that RuneScape's HD lighting makes shadowy areas quite dark, but this image is straight from the game and this is exactly what the player sees. And hey, it's the Barrows - quite a dark place indeed. ;)

Description: A place of learning and discovery.
Reason: I was scanning through the Runecrafting article when this image caught my eye. Even at a small size, a lot of detail can be seen and the quality really is excellent. Some points of the image which I particularly like are the texture of the Rune altar map, and the glows emanating from some orbs, and the lighting is very well-done.

P.S. As the criteria say, you should remove the 'The Runecrafting Guild,' part from your description. Just saying.

Just remove The runecrafting guild, making it a place of learning and discovery. bad_fetustalk 09:58, April 11, 2010 (UTC)

Lol. That's what I meant.

(if you used one of my trouts... you'll have to bring me another) User_talk:Fswe1 Fswe1 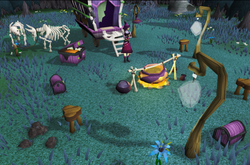 Description: A lonely Witch ponders about her Halloween magic.
Reason: It's a nice angle and the colors are pretty good.

I've just been there on a free world. Could take my OoO next time... ;) User_talk:Fswe1 Fswe1 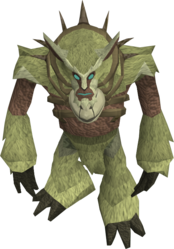 Description: A being of unsurpassed vitality.
Reason: I noticed that the Avatar of Destruction's picture was a featured image. This picture is just as nice, clean, and sharp as that one.

Comment - Well, it's a bit confusing because there is already a featured AoC.

12:30, April 28, 2010 (UTC)
Comment- AA ruins pictures. we dont need it. the old picture is terrible, looks like the creature just tripped and is about 2 slam into the camera, not 2 mention all the hp bars in the background are extreamly distracting. however, nether image captures how huge this creature is- i think of giants as big, but they dont even reach this guys waist.

File:DraynorSewers.png|250x250px|right Description: The entrance to the sewers, hidden amongst the forest.
Reason: Image is highly detailed and shows expression, may have some fog though... 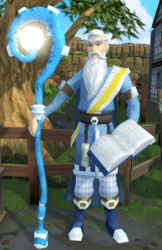 Description: (Unknown at present)
Reason: I love the detail in this image! the AA really gives it out style the way he stands, everything about this image, the best word i can say about it is , sweet :).

Description: A tree with its bounty of six oranges.
Reason: Great transparency and great colors (Yes I know its Green/Orange/Brown) and its a great angle. 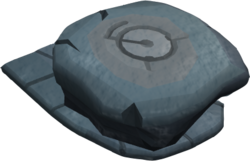 Description: It's the largest rock in the dungeons of Daemonheim.
Reason: Highly detailed, I believe it deserves its place on the FI.

Description: The scales of justice decorate the source of law runes.
Reason: This is a nice bird's eye view of the law altar. It shows the altar itself, as well as the four adjoining pillars.

If that fails, I'll make a better image from above showing the whole symbol.