Description: Hero of the cave goblins.
Reason: Zanik, is an extremely well known character around RuneScape. Almost everyone knows her, therefor lets make her our first AoTM.

Description: Players fishing at the Fishing Guild.
Reason: The fishing guild is a popular destination for players and yet remains a mystery to those of lower levels. This image is a good example of the capabilities of RuneScape in HD. 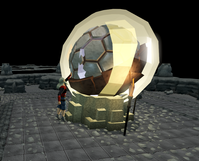 Description: A player finds the legendary Stone of Jas.
Reason: This is a really nice image from a very significant quest. The image and quest speak for themselves.

Description: The best god in runescape.The god of balance and nature.
Reason: Behold! The great and mighty GUTHIX. 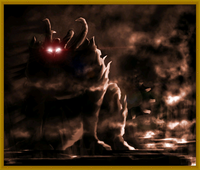 Description: No description given.
Reason: Jad is one of the most feared monsters of runescape. The dark misty clouds add to his mystory and sheer fearsomness. --{{SUBST:Template:Signatures/Burnanddie93}} 09:38, 31 March 2009 (UTC) 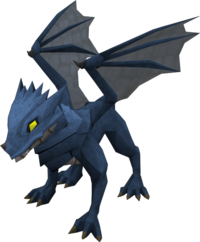 Description: Your very own pet dragon.
Reason: This is good image of a high level reward from a difficult skill to train. Summoning allows you to have familiars and pets, but only the elite (1,400 or so) have the level 99 required to have one of these guys following you around. I think this image will generate a lot of interest about pets, summoning, and dragons. 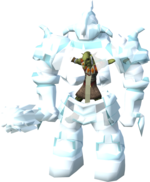 Description: The High Priest Goblin under the control of Bandos.
Reason: What a cool creature, no?

Description: A battle for the Avatar of Creation.

Description: A well known figure going down Trollweiss Mountain.
Reason: Image is taken at a great angle and has a lot of detail in the image.

Description: The legendary stairway leading to the Brimhaven Dungeon, the resting place of the metal dragons. 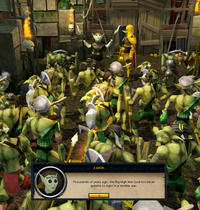 Description: The goblins of Goblin Village gather to listen to their Chosen Commander.
Reason: A pretty unique cutscene where you see a large number of npcs at once at an interesting angle. Very nice coloring and use of lighting as well. 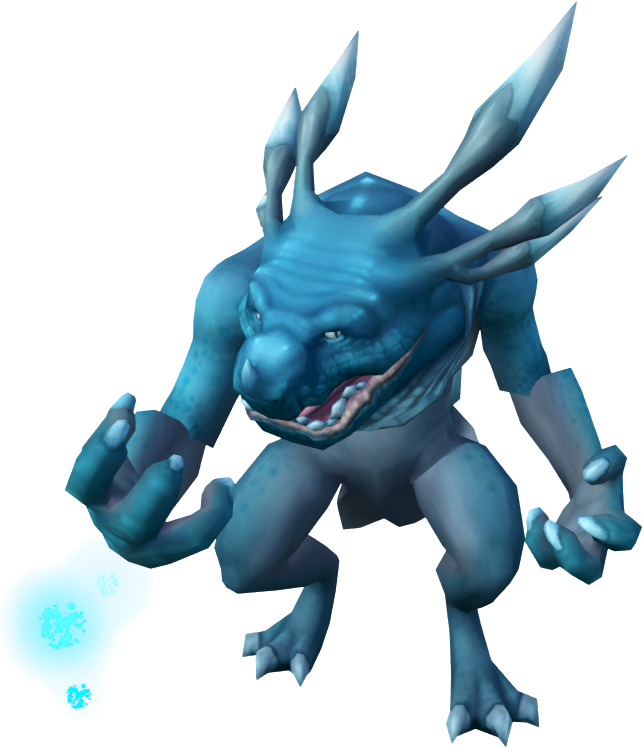 Description: The most dangerous of the Dagannoth Kings A legendary Dagannoth King, rumoured to fly on the North winds.
Reason: I thought we'd get some interest from this pic. It gets people wondering about the Dag Kings.

[[File:Molten.png|200px|right]]
Description: No description given.
Reason: Shows the creatures of TzHaar in their home setting.

Description: All hail Brassica Prime!
Reason: I thought this was a good image that captures the joke, and the fireworks too.

Description: The reason Runescape became so popular, a lust to kill others
Reason: - No reason given.