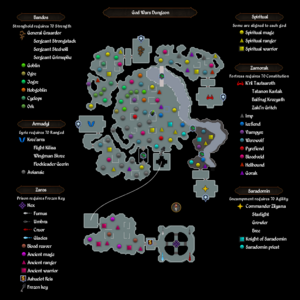 Please attempt to get your killcount before the event starts.

The main drops K'ril Tsutsaroth and his bodyguards are killed for are these: