The Fight Pits is an 'anything goes' activity: any weapon or armour type can be used, with the exception of the dwarf multicannon. This makes the game very popular for high-levelled players wearing Barrows armour or using Ancient Magicks. Another advantage is bringing in a Fire Cape, it allows you to get double the amount of Tokkul. Rangers also take their chances with accompaniment of a Black dragonhide or Void knight set and a Rune crossbow. To try this, you would need around 80 constitution. 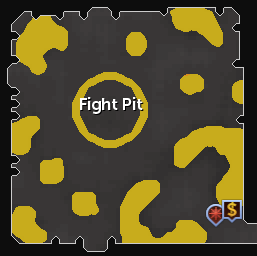