From the RuneScape Wiki, the wiki for all things RuneScape
Jump to: navigation, search
For the livestock creature, see Ripper dinosaur (Player-owned farm). 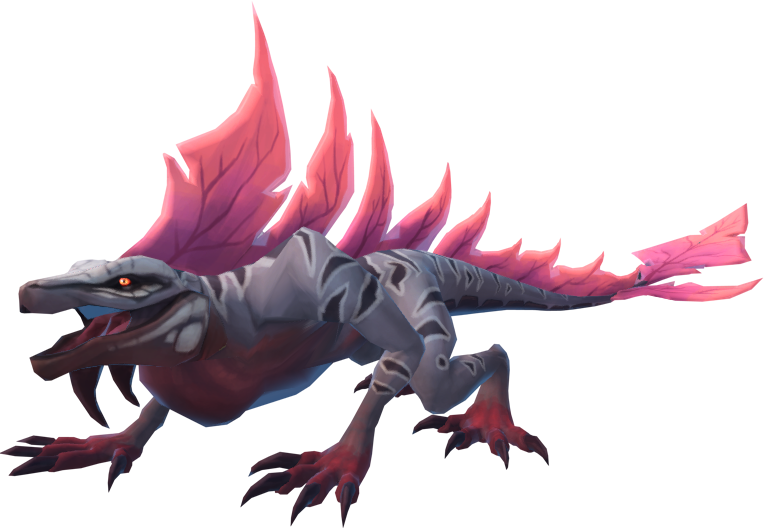 Ripper dinosaurs are high-level Slayer monsters requiring level 114 Slayer to kill and are the strongest of the slayer dinosaurs. Six of them can be found wandering the ruins in the south-eastern area of Anachronia. The quickest way to get to them is to teleport to Laniakea via the Slayer cape and run north.

Ripper dinosaurs attack with strong melee attacks, which can also be used as a long range attack from up to seven squares away, which is shorter than devil's snares. Players can minimize damage by using Deflect Melee with the amulet of souls.

After six auto-attacks (14.4 seconds), they will perform a special attack inflicting a bleed effect on their target of 300 soft, typeless damage every two ticks (1.2 seconds). This effect slowly ramps up in damage over time. The bleed can be cleared by using the Freedom ability], and it is automatically cleared if the ripper dinosaur that caused it dies. It is not recommended to use Freedom if a ripper dinosaur is almost dead; it is better used if the ripper dinosaur still has a substantial amount of life points when it uses its bleed attack.

It is very difficult to kill ripper dinosaurs before they manage to perform their special attack due to their high number of life points, and thus, the best strategy is to kill these monsters as fast as possible before they can use their bleed attack too soon. Weapon poison+++ and Cinderbane Gloves are both highly recommended when fighting them. Stuns are helpful for stalling their attack rotation to give more time for Freedom to refresh its cooldown or for killing them before they can use their special attack.

A safespot exists for the southernmost ripper dinosaur north-east of the temple. To use this safespot, attack the dinosaur first and then walk up to one square before the second set of stairs leading to Laniakea. The dinosaur will get stuck with the first set and be unable to attack; it is advised to turn Deflect Melee on while luring the dinosaur to prevent accidental damage. Any damage dealt while luring can be healed with an Enhanced Excalibur or soul splitting. This safespot requires a weapon with an attack range of 8 or greater. These include all magic weapons and a seclection of ranged weapons. See Attack_range#Ranged_weapons for specific viable ranged weapons. 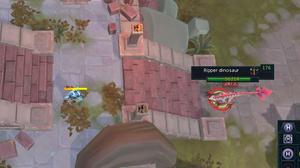 2 drops are rolled at a time when on task.