From the RuneScape Wiki, the wiki for all things RuneScape
Jump to: navigation, search
This article is about reputation on Heart of Gielinor. For other reputation systems, see Reputation.

Reputation is obtained from the Heart of Gielinor to unlock various rewards. It can be gained in various ways:

Obtaining maximum reputation for all factions is highly recommended. Benefits include a reduction in the required killcount to face each boss and an increase to the drop rate for the bosses' unique drops (the game refers to the increased rate of uniques as "increased drops").

Having the Unexpected Diplomacy relic power active at the mysterious monolith at the Archaeology Guild increases every reputation gain by 10%.

When using lootshare, the reputation bonus for increased drops applies the highest unlocked percentage from within the group.[1]

Helwyr's Chosen is the representative for Seren. 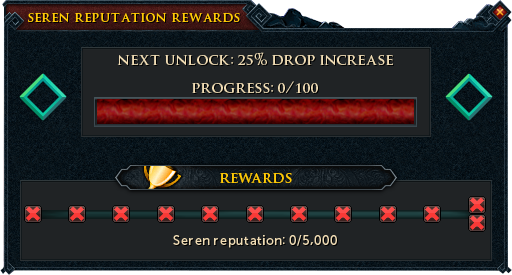 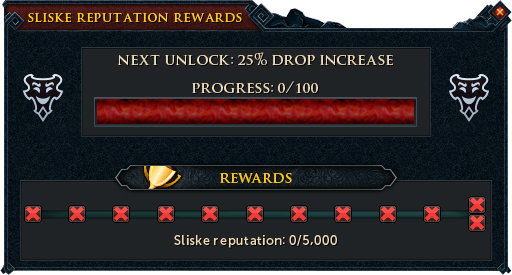 Furies' Chosen is the representative for Zamorak. 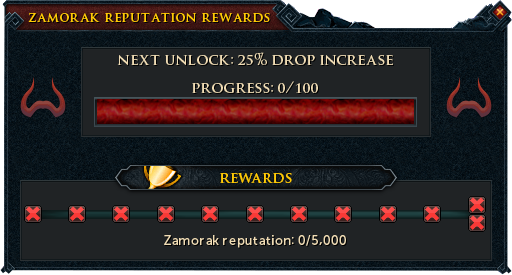 Vindicta's Chosen is the representative for Zaros. 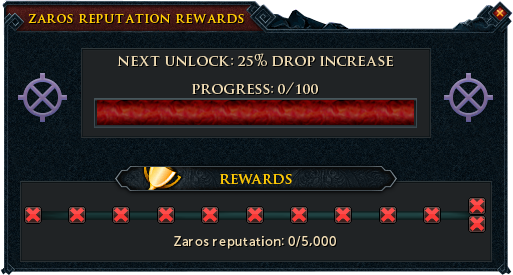