From the RuneScape Wiki, the wiki for all things RuneScape
Jump to navigation Jump to search
Remote farm device? (edit)? (edit) 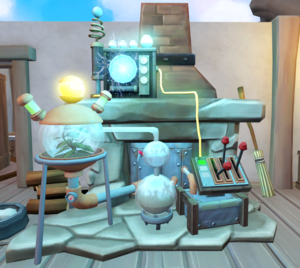 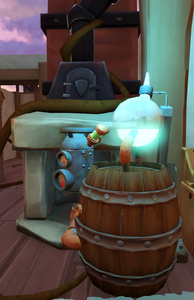 The remote farm device is an Invention machine located on both floors of the building at the Farming Guild. Once constructed, interacting with the machine does the same as casting the Remote Farm spell, without the need for runes or the lunar spellbook. This includes the ability to cure all diseased patches straight from the machine's interface.

The device is unlocked at 25,000 Farming reputation, at the rank of Competent Farmer. The Remote Farm spell must also have been unlocked at Livid Farm to construct the device. Constructing the device requires 50 Living components, 3000 Nature runes, 2000 Astral runes and 2000 Earth runes. Earth staves cannot be used to replace the cost of Earth runes in its creation.

This information has been compiled as part of the update history project. Some updates may not be included - see here for how to help out!
Retrieved from ‘https://runescape.wiki/w/Remote_farm_device?oldid=35693201’
Categories:
Hidden categories: