Red Dragon Isle is a location that stretches from level 41 to 47 Wilderness. Player-killers may frequent the area, so do not bring items that you are not willing to lose. As the name suggests, it is home to several red dragons. The landscape is even more charred than the wilderness around it, and big eggs sit on the ground in various spots.

As the name suggests, it is home to several red dragons. Apart from the dragons, the isle also contains two spawns of white berries that respawn almost immediately upon being picked up. The location is a multi-combat area. There is also an Agility shortcut at the southern end of the isle that may be used by players with an Agility level of 54. 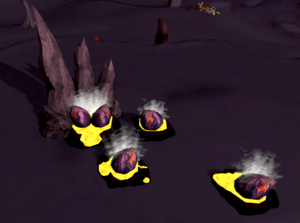 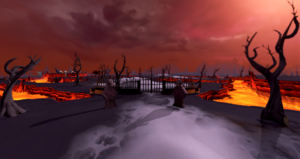 The entrance to the isle