From the RuneScape Wiki, the wiki for all things RuneScape
< Player-owned port(Redirected from Ration Pack)
Jump to: navigation, search

Each voyage can trigger a random event. However, when a random event has been awarded but not yet completed or failed, further random events are blocked. Therefore, to maximise random event rewards, it is important to complete any minigame earned. 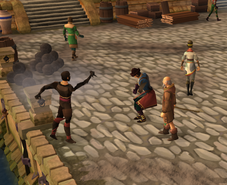 When Umi's event is available, the message "Seasinger Umi had a small issue when helping out around port. Speak to her to relive the event" appears in the chatbox. After it appears, talk to Seasinger Umi to take control of her and help her with job, which requires finding hidden items around the storehouse of your port. The Warehouse worker will task you with finding two or three items, giving you a description of the item needed. They can all be found within crates or barrels on the 1st floor[UK]2nd floor[US] of the lodge. There is no time limit. 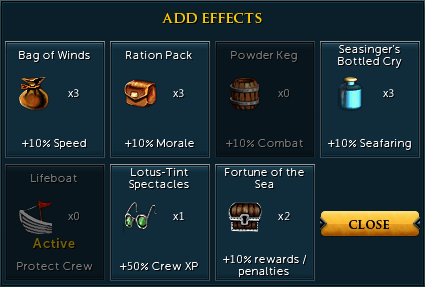