Rag and Bone Man wish list is a lore activity during which the player has to find additional bones for the Odd Old Man.

Below is the list of monsters that need to be killed to obtain all the bones (there are 27 total):

These monsters can be found in other places; listed are the most convenient spots.

Travel method: Use the gnome glider to Gandius or fairy ring code DKP. If these are both not available, run from the Karamja lodestone to the east side of the island (outside the Shipyard).

Travel method: Use the gnome glider to Sindarpos, or run up the mountain from Taverley lodestone.

Recommended items: Invitation box for teleport to Paterdomus
Travel method: Varrock teleport or lodestone. Rats, zombies and moss giants are located in the Varrock Sewers. Either use the Invitation box or run east of Varrock to the Odd Old Man to find bats.

Required items: (Super) fishing explosive / (super) explosive shaker on tool belt
Travel method: Use the Port Sarim lodestone and you will find Seagulls on the nearby docks. From there, travel south and look for the Asgarnian Ice Dungeon, where you will find ice giants. Travel south to reach the Mudskipper Point, home to the mogres. Alternatively, you can use fairy ring code AIQ for the latter two bones.

Required items: Ice cooler / ice shaker on tool belt
Recommended items: Waterskins / enchanted water tiara (not needed if the Crocodile Tears quest is completed)
Travel method: Fairy ring DLQ to get to the Nardah hunting area. Alternatively, either take the magic carpet or run south-east from Shantay Pass. There are jackals and vultures west of Nardah bank. From there, run south to the eastern wall of Sophanem, where you will find the level 77 lizards (the lizards north of the fairy ring do not drop the bone). You need to use ice coolers on the lizards when their health is low.

Recommended items: Ectophial
Travel method: Canifis lodestone. Head to the graveyard to the north-west to find ghouls then travel south to find werewolves. If you don't want to attack a level 88 werewolf you can attack one of the level 24 citizens of Canifis with wolfbane and when they are almost dead switch to another weapon. Next, travel to Fenkenstrain's Castle and head under it by pushing memorials to the east to find experiments (see the Creature of Fenkenstrain quest guide). Finally, continue travelling east or use the ectophial to teleport to the ectofuntus and head west to the Port Phasmatys farm to find undead cows.

Recommended items: Comp ogre bow and brutal arrows
Travel method: Yanille lodestone. The ogres are slightly west, and zogres are to the south-west at Jiggig.

Recommended items: Quick access to a fairy ring or charged ring of wealth, ring of slaying, mirror shield.
Travel method: Go to Miscellania, quickest way is with the fairy ring code CIP, then ring of wealth/luck of the dwarves teleport to Miscellania, then the boat from Rellekka. Rabbits are among the maple trees. Alternatively, if The Fremennik Trials is not completed, the bunnies at the swaying tree near the Fremennik Slayer Dungeon drop the bone. Next, head inside the Fremennik Slayer Dungeon for the Basilisk. Finally, make your way to Waterbirth Island by taking the boat from Jarvald, who can be found on the western-most dock in Rellekka.

Travel method: At the Troll Stronghold, reachable by running west from Trollheim teleport, if available. Alternatively, in the tunnel with the entrance to Keldagrim, reachable by fairy ring code DKS or running east from Rellekka.

Travel method: Use a Spirit Tree to travel to the Tree Gnome Stronghold.

Terrorbirds can be found on the western part of the area.

Required items: Light source (preferably a bullseye lantern)
Recommended items: Spiny helmet
Travel method: Lumbridge lodestone. With a lantern, climb through the hole in the kitchen's cellar, and walk south and through the other hole. Go south towards the area full of rockslugs, then head east towards the goblins. Cave goblins are found at the far east of the Lumbridge Swamp Caves. You may also take the entrance in the main spot and find them, although you'll need a spiny helmet. You can also go there by following Kazgar in the hole in Lumbridge Cellar. He takes you to them.

Required items: Dusty key or 70 Agility
Recommended items: Anti-dragon shield or Antifire potion
Travel method: Taverley lodestone. Run south from the lodestone and across the river to the steps leading into the Taverley Dungeon. If you have 70 Agility, click on the Obstacle pipe a few tiles north-east of the entrance. If you do not have 70 Agility, you will a Dusty key from Velrak the explorer, who is imprisoned in the Black Knight headquarters in the southern part of the dungeon. From the entrance, proceed north past multiple Zombies, then east past several Ghosts and Giant bats, proceed south through a room with several Magic Axes, continue following the path south until you reach a wooden bridge that leads to an area with a few Chaos dwarves. At this point, if you don't a Dusty Key, continue south and in the Black Knight headquarters and kill a level 39 Jailer in the eastern section of the headquarters for a Jail key to enter Velrak's cell. Enter Velrak's cell and ask if there are any good places to explore to receive the Dusty Key. If One Small Favour has been completed the Dusty Key can be added to the Steel key ring for future use. With the key now in your possession, leave the cell and go back to the wooden bridge from before. Cross the wooden bridge to the west then proceed north to pass another wooden bridge leading to an area with several Lesser demons. On the western wall of the section is a door that leads to the Baby blue dragon and Blue dragon area. 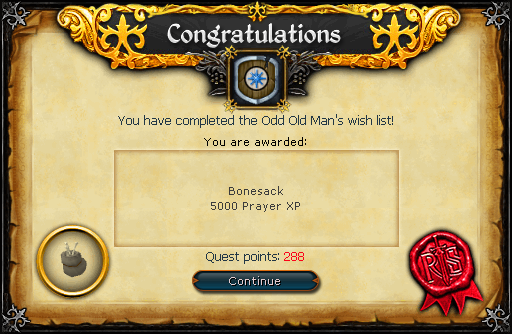 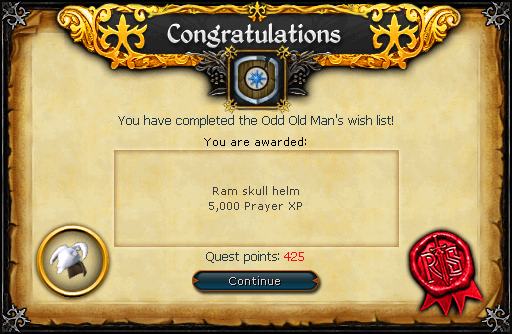