From the RuneScape Wiki, the wiki for all things RuneScape
(Redirected from Queen black dragon)
Jump to: navigation, search
For other uses, see Queen Black Dragon (disambiguation). 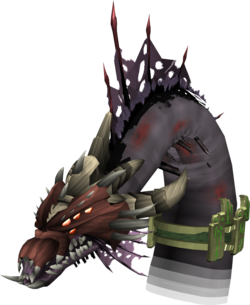 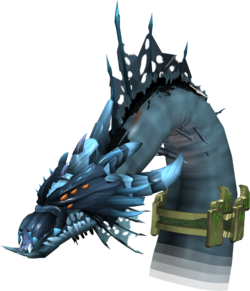 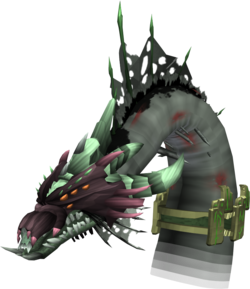 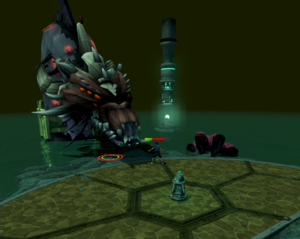 Rewards can be withdrawn either in noted or unnoted form, the default is unnoted. There are options to "Bank all", "Take all", and "Abandon all", along with right-click for all 3 options on each item. If the noted option is not selected, the "Take all" button results in the player's inventory being full of all of the unnoted items of that variant. The "Abandon all" option can also be used, which discards all of the items from the coffer. Items stay in the coffer until the player logs out or leaves the chamber. Having tier 3 or higher luck will increases the chance of unique items from the chest.