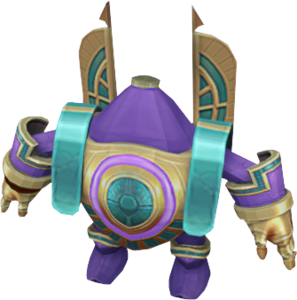 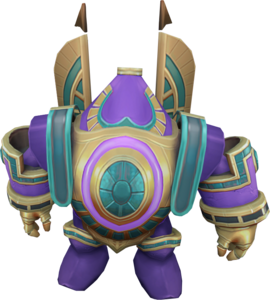 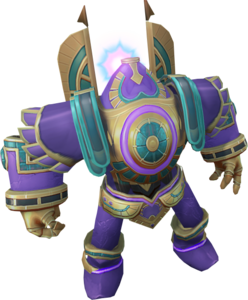 Prime colossus was a pet released as a promotional item that could be redeemed by players who were subscribed to Prime Gaming between 11 April 2017 to 8 May 2017.

Unlike other vanity items, it is not included with the Premier Club.[1]

Legendary pets have several unique abilities, described below. Pets in the baby stage can have one active ability, adolescent pets can have two, and adult pets can have three. Abilities can be switched out at any time unless that ability is on cooldown. Active abilities are switched via the pet interface by clicking on the "Abilities" button at the bottom right corner.

These are the possible names that can be given to this pet: