From the RuneScape Wiki, the wiki for all things RuneScape
Jump to navigation Jump to search
Prezleek (yak trader)Prezleek? (edit) 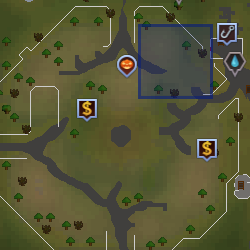 Prezleek is a yak enthusiast and player spoof who runs the Bucking Baroo attraction and operates the rewards shop Yak Shop as a part of the Spring Fayre event.

He also acts as a yak trader at the player-owned farm, buying Jack the yak for 500 beans during the tutorial and buying up to 6 yaks every 3 days afterwards.

Prezleek occasionally appears at the Manor Farm, as Prezleek the yak trader. He may be sold yaks in exchange for beans. As a large-sized animal buyer, he will appear or renew his order for yaks every three days and purchase up to 6 animals before leaving, unless the player is at least 'Senior Master Farmer' rank in the farming reputation system; then he will buy up to 12.