The Premier Club is an enhanced membership subscription usually available from December to January. Premier Club was released in 2012. Benefits include discounts from Solomon's General Store, promotional pets, and cosmetic items. The club comes in three tiers: Bronze, Silver, and Gold. Premier Club can be bought with cash or redeemed in game using five, ten, or twenty bonds, respectively.

Gold Premier Club members can access the Premier Club Vault once a month to gain some rewards, including experience lamps, stars, and skilling packs.

). Please see the following section for more information on badges.

The following text examples show what the badges look like in a player's chatbox in-game:

Player : I am a Premier Gold Club Member!

Player : I am a Premier Gold Club Member Player Moderator!

would automatically appear underneath a player's avatar image in forum threads, and replaced the regular Member badge

, or lack of badge in the case of new or returning members. Starting with the 2020 package, the Gold Premier Member forum badge was discontinued. Gold Premier Members now show the same regular Member badge as players with standard package subscriptions.

Premier Club 2021 promo the Ceremonial Guard and the Ozzie the Osprey pet.

Premier Club 2021 is available from 16 November 2020 until 1 March 2021. Players who have bought only the bronze or silver tier are given an option to upgrade past 1 March. 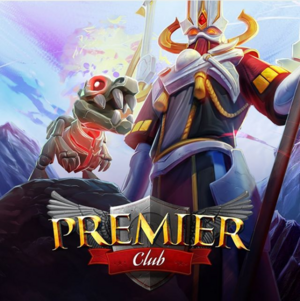 Premier Club 2020 became available from 14 November 2019 until 1 March 2020. Players who had bought only the bronze or silver tier were given an option to upgrade past 1 March. 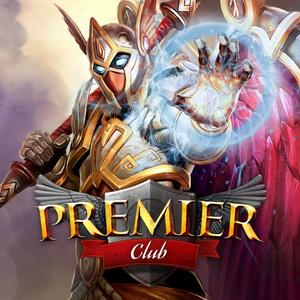 Premier Club 2019 became available from 15 November 2018 until the end of 11 February 2019. This was later extended to 3 March 2019. Players who had bought only the bronze or silver tier were given an option to upgrade past 3 March. 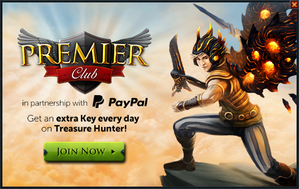 Premier Club was available from 3 December 2013 until 2 February 2014[1], and was the first deal buyable with bonds as well as conventional methods. 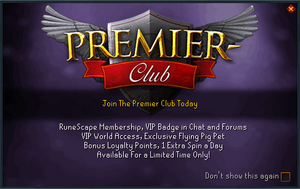 Gold prices below are calculated based on an average of the historical prices of bonds on the beginning and ending subscription dates for each year.

If you were to add up the items that can be purchased separately (Membership, Spins/Treasure Hunter keys, Loyalty points):

1 RuneCoin is worth roughly 387 loyalty points. The value of Membership & SOF spins remained the same but the value from RuneCoins to Loyalty points has reduced.

Jagex valued the Bloodpouncer pet as $35USD. This has not been included in the calculation.

If you were to add up the items that can be purchased separately (Membership, Spins & RuneCoins):

Some controversies arose when the premier club was announced: