From the RuneScape Wiki, the wiki for all things RuneScape
Jump to navigation Jump to search
The Old School RuneScape Wiki also has an article on: osrsw:Pollnivneach

Pollnivneach is a fairly large town in the Kharidian Desert located on the western bank of the River Elid. It can be reached by walking or by riding a Magic carpet, as well as by several other means. In the city, players no longer require water to avoid damage from the heat of the Kharidian Desert, and water is readily available in the city to refill Waterskins, for free at wells and for a small cost at the general store.

Pollnivneach features extensively in The Feud quest and is also very important for the Smoking Kills quest and the Rogue Trader miniquest. It has a general store shop, a kebab shop and other points of interest.

Pollnivneach has a reputation for being crime infested and violent. The Menaphite and Bandit gangs are the source of the conflict which engulfs Pollnivneach. The Bandits control the northern half of the city, while the Menaphites control the southern half. Both gangs are constantly engaged in a turf war and hold much influence and power over the entire city, including the mayor. The gang rivalry may be a bad influence on the city's children, as the Street Urchin, for example, can be quite willing to aid and abet strangers in stealing, pickpocketing and mugging throughout the city.

There are some other ways to reach the city indirectly. These methods first go to nearby locations to speed up the journey, and then use the above methods to reach Pollnivneach: 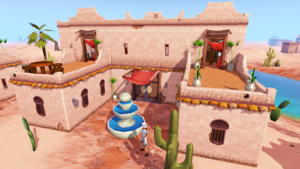 The wonderful view of a Pollnivneach mayor's house

Pollnivneach hosts many monsters. Some of these monsters are human while some, outside of the city, are not. 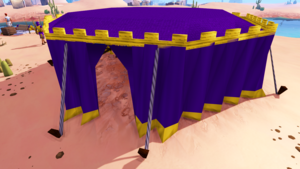 A view of one of the rival's headquarters

A Tour of the City[edit | edit source] 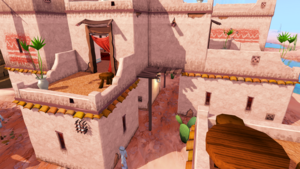 One of the many alleyways 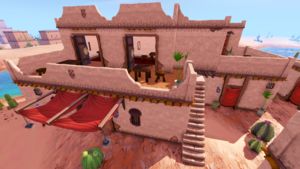 Lack of some facilities[edit | edit source]

Pollnivneach is an interesting, useful city, but it lacks some important facilities, which makes it difficult for players to use the city as a base of operations. 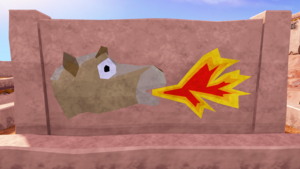