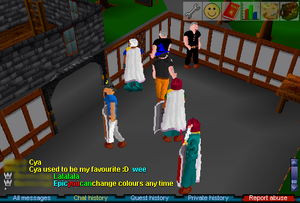 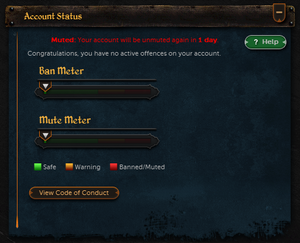 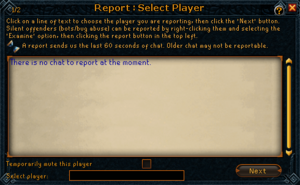 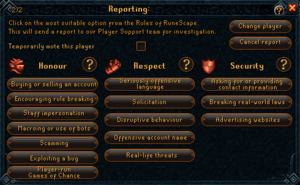 Occasionally when a player is being particularly defiant towards the rules, a mute is required so that other players can no longer see their text. A Player Moderator's mute is a safety precaution to help prevent the player in question from causing any more harm to themselves or others, as it will effectively stop any attempts to talk freely.[5] Jagex provides Player Moderators with muting guidelines[8], and mutes are, according to Jagex, checked to ensure that they are correct. Any incorrect mutes may be lifted, and if a Player Moderator regularly mutes without proper reason, their moderator status may be removed. As soon as a Jagex Moderator checks the report, the mute is lifted and a subsequent punishment is then applied if it is needed. Players muted by Player Moderators are able to use quick chat. 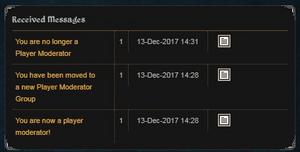 Jagex will only contact the player via the Message Centre system to inform them that they have been selected to become a Player Moderator. The player is then able to accept or decline the position. Jagex will never private message you in-game and tell you to go to an external website and enter your username and password.[14] People messaging that are phishers who steal account logins, and they can be reported for staff impersonation. 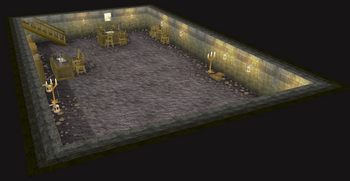 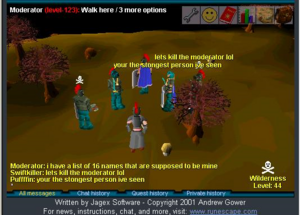 The team was disbanded in December 2001.