From the RuneScape Wiki, the wiki for all things RuneScape
Jump to: navigation, search
Loading...
POHLove Story
Required materials: 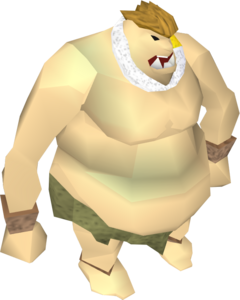 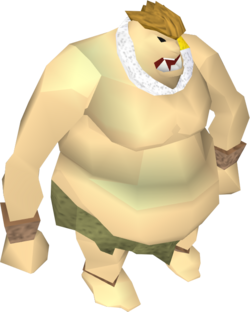 The pit ogre features in the Wise Old Man's player-owned house during the quest Love Story. Zenevivia redecorated the house adding a dungeon full of traps, as well as many pit creatures to guard the dungeon. As with all other pit creatures and Zenevivia herself, the pit ogre cannot be poisoned. They may also be put in a player-owned house Dungeon pit after the quest with 73 Construction, costing 55,000 coins. A crystal saw's invisible boost cannot be used to build a pit ogre, although visible boosts such as tea or Spicy stew can be used to create it as early as level 67 Construction. They will award no experience when killed in the player owned house and are only able to be killed in challenge mode, as well as no drops will be awarded.