From the RuneScape Wiki, the wiki for all things RuneScape
Jump to navigation Jump to search
This article is about the secret society. For the artefact, see Order of Dis robes. 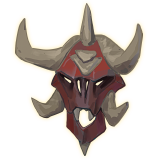 The Order of Dis was an ancient secret Zamorakian society active during the Third Age, founded by Duchess Philippa Wharton.

Their headquarters was located in an inn known as the Star Lodge located where Jolly Boar Inn stands in the present day. They sought out the powers of the Infernal Source. For a long time, the Order of Dis was thought to be a myth. They hid in plain sight among Saradominists, as Wharton believed it was the best way to survive being purged after Zamorak had been taken by his demonic followers to Infernus.[1]

When other entrances to the Source were discovered, the Order quickly fell into disrepair, dying out in a few centuries. Two members continued to maintain the order's traditions, however.

The Order of Dis would capture unwary people and subject them to torture. They were not completely cruel however, as those who accepted the Order's "gifts" would be freed and spread the Order's influence across Gielinor. If they still refused however, they were then offered as sacrifices in Dagon's name (who greatly disliked sacrifices).