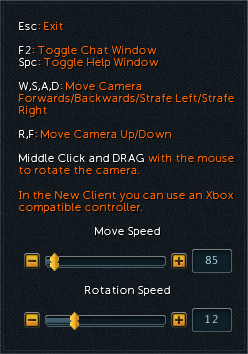 Many locations which are not part of the main surface world, such as dungeons, other worlds or quest, minigame or event areas, are internally mapped based on convenience of debugging, content development or other technical factors rather than by their geographic location. Due to this the orb of oculus can be used for taking a closer look at areas which players either cannot access or ones which are unrelated to the area the player is standing in and are visited through different methods. When the orb was released, players were able to discover numerous areas that were not meant to be normally seen or that were placed next to areas where players didn't expect them. Andrew Gower stated that he doesn't mind allowing players to view these areas as anything that is kept secret is not put in the game. After the release of the NXT client, which greatly increased the draw distance, many previously visible aras were hidden, making this functionality of the orb less relevant. However the range of the orb was also increased and it still can be used to view areas that remain visible from the outside. 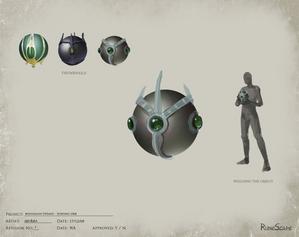